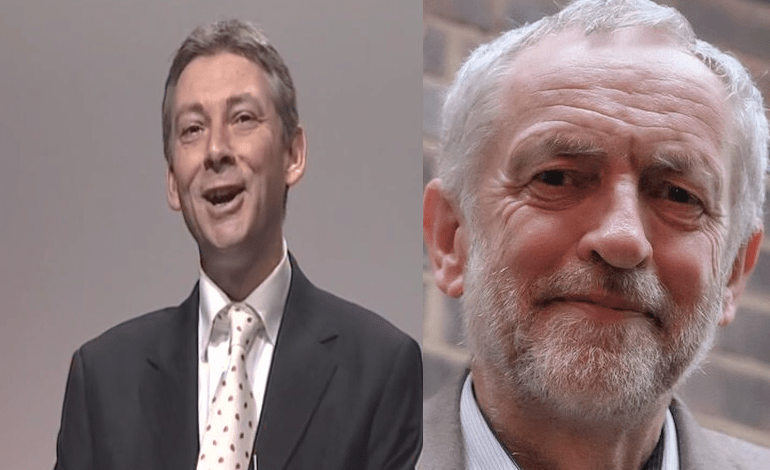 Given Labour has lost most its Scottish seats to the SNP, Scotland is key to the party winning the next election. But a right-wing-led Scottish Labour has previously enabled the SNP to flank it from the left.

That could be about to change.

Launching his leadership bid, Leonard got straight to the heart of the matter:

Inequality is rising so that in Scotland today, the richest one per cent own as much wealth as all of the poorest 50 per cent.

Such grotesque inequality is unacceptable. But one problem for the Corbyn movement is prominent Labour figures opposing his leadership. Outgoing Scottish Labour leader Kezia Dugdale, for example, joined the attempt to remove Corbyn last summer.

Leonard, however, signed a letter defending Corbyn. The letter backed the Labour leader mainly because of his record-breaking democratic mandate from members:

Anas Sarwar, the other contestant in the leadership race, has championed Corbyn now the contest has begun. But last summer, Sarwar backed the coup against him. The millionaire MSP signed a letter calling for Corbyn to resign because he didn’t provide an “effective opposition”. Sarwar also backed Owen Smith’s leadership challenge against Corbyn last year and unsuccessfully tried to persuade his local Labour branch to do the same.

Until losing the seat in the 2015 general election, Sarwar was MP for Glasgow Central, where he replaced his father, who had held the constituency since 1997. Sarwar also used to be the vice chair of Blairite pressure group Progress.

Setting out his stall, Sarwar heaped praise on Dugdale’s leadership:

In 2015, with our party on its knees, many Labour members wanted to run and hide.

Not Kezia Dugdale. Her passion for the cause and her burning desire to improve the lives of every Scot saw her charge into the fray.

That’s despite Dugdale appearing to suggest voters should vote Tory to remove the SNP in the 2017 general election.

Sarwar also attacked the SNP in his opening comments. He accused the SNP of being “motivated by flag waving”. But Labour surely needs to win over SNP voters. And they may not take kindly to such language. SNP supporters are actually more left-wing than their Labour counterparts, according to a study by Strathclyde University. Contrary to Sarwar’s accusation, they cannot just be defined as nationalists. And more broadly, Scottish people are well to the left of the rest of Britain on a variety of issues, according to YouGov.

Writing about the Scottish Labour leadership election, SNP MP Mhairi Black challenged such rhetoric from Labour. The party frequently blames the SNP for problems caused by the central UK government, such as inequality or austerity. The Conservative government allocates most of Scotland’s funding, while controlling most of its tax powers. For example, the Scottish government has no power to set VAT – a tax which increases inequality by disproportionately hitting ordinary people.

A major barrier to Corbyn becoming prime minister has been internal opposition from prominent Labour Party figures. Another significant barrier is that right-wing-led Scottish Labour has been outflanked from the left by the SNP, meaning Labour has lost most its seats in Scotland.

But now, Leonard may be able to kill both birds with one stone. First, the MSP for Central Scotland showed he supported Corbyn when it counted. So he could unite Scottish Labour behind Corbyn’s platform. Second, Leonard has consistently held progressive views that align with Scottish voters. So the SNP would find it difficult to outflank Scottish Labour from the left if Leonard led the party.

By contrast, Sarwar opened with lazy attacks on the SNP. He had not responded to The Canary‘s request for comment by the time of publication.

Rather than trying to score points, the Corbyn movement is popular because it challenges the grotesque inequality at the heart of today’s problems. Leonard has shown he gets that.

– Read both the leadership candidates’ pitches to voters in full here.