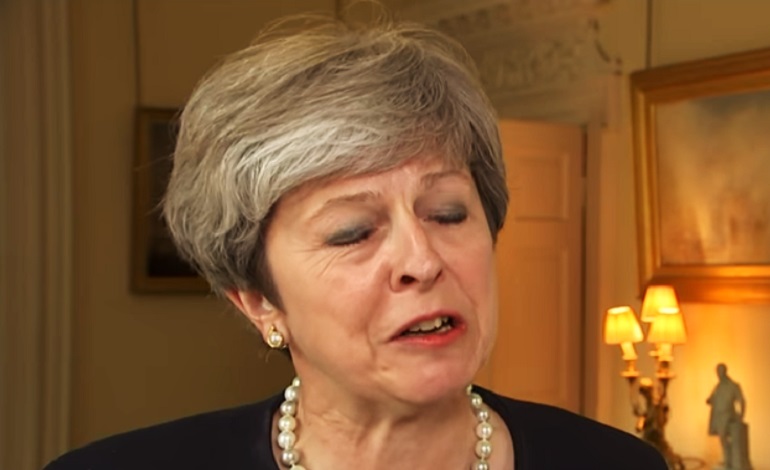 A journalist and prominent member of the Conservative Party has handed in his resignation. But instead of going quietly, he has made his feelings known publicly. And he pulls no punches, saying Theresa May should be “led in chains out of Downing Street and placed in stocks in Parliament Square”.

A rather liberal Tory

Peter Reynolds is a journalist and leader of the CLEAR Cannabis Law Reform campaign group. He previously worked as Creative Director for PR firm Saatchi & Saatchi, and wrote a weekly column for The Independent. But Reynolds is also a vocal member of the Conservative Party, writing about party policy and general politics.

On 31 August, he used his blog to publish his resignation letter from the Tory party – following months of criticism of May’s leadership.

Reynolds reproduced his emailed resignation, which you can read in full here. It began:

After the disastrous handling of the EU referendum result, the ludicrous decision to appoint one of the most incompetent and out-of-touch ministers as Prime Minister and her farcical election performance, I have been wrestling for some time as to whether to renew my membership.

He went on to call May an “authoritarian bigot” with “no mandate” and “no respect”. He also took aim at the cabinet, saying:

It is also self-evident that all other minsters are too weak, cowardly and neurotic about their own jobs to do anything to stop her.

But he also gave a critical appraisal of how May and her cabinet are dealing with Brexit, saying they have:

failed entirely to plan for a leave vote and they have dithered, waffled, dodged and tripped up again and again, achieving absolutely nothing in the period since the result.

He concludes that May has “wrecked” Brexit and “damaged Britain irreparably in the process”. He says this has left the UK in a “tragic and diminished state”. And he also thinks May “richly deserves” a punishment for her failings:

If I had my way Mrs May would be led in chains out of Downing Street and placed in stocks in Parliament Square to endure the humiliation she so richly deserves.

But while Reynolds’ email is blistering, it’s his previous appraisal of the Conservative Party more broadly which could give May food for thought. In an article called Has There Ever Been A Worse UK Government Than This?, he points to multiple failings going back to David Cameron’s era which have led the Tories to the weakened position they’re in now.

He asserts in the piece that May is a:

fake Tory, an authoritarian bureaucrat with big government, nanny state instincts, daughter of a high Anglican priest stuck in some 1950s delusion of what Britain is today.

But at the same time, he notes that:

a socialist activist but a man with integrity, courage and vision has stolen our place. Jeremy Corbyn provides more leadership in the UK than the entire Conservative cabinet put together. He was magnificent at Glastonbury, seizing the hearts and minds of not just the young but the young at heart – seizing the future! Where is the Tory alternative?

Reynolds’ views come as the latest opinion polling gives Corbyn’s Labour a five-point lead over the Tories. So the PM would do well to have a read of Reynolds’ criticisms. Because as it stands, her party is looking more and more fragile by the day. And the views of this rather ‘liberal’ Tory could well ring true with the public.