New report reveals 'eye-watering' NHS overspend by £3bn more than the government said. But the Tories deny it. - Canary 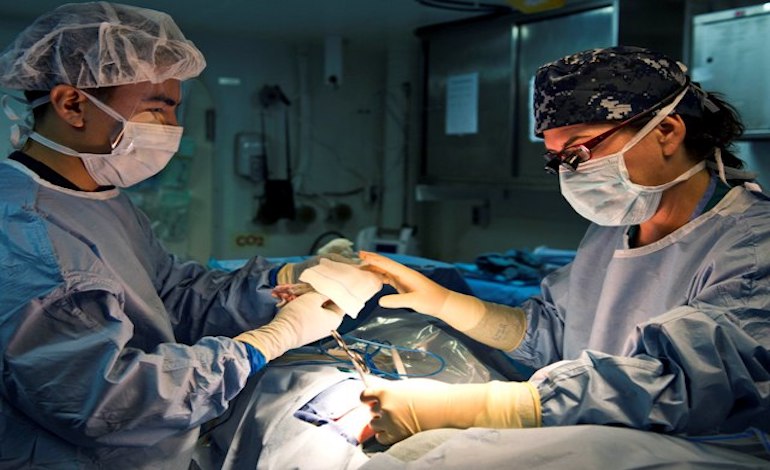 The NHS spent £3bn more last year in England than official accounts showed, a new report has revealed. The official figure of over-expenditure is £791m, according to regulators. But, as the Nuffield Trust highlights, the real figure is actually more than £3.7bn. This is an increase on the 2015-16 overspend of £2.45bn.

The government has since denied the findings of the respected Nuffield Trust, saying:

We do not recognise these claims by the Nuffield Trust. The financial position for 2016/17 is as set out in our annual accounts which have been independently audited by the NAO and published.

The Department of Health went on to say:

We are investing record amounts in the NHS and as new expert analysis shows, spending on the NHS is in line with other European countries.

But as we have seen before, the government has found itself in hot water with its claims regarding investment in the NHS. Most recently, Stephen Hawking called Health Minister Jeremy Hunt “silly” over repeated government positions on the NHS.

Where the £3bn over-expenditure figure comes from

As outlined in the report, the over-expenditure comes from a number of sources. The Telegraph said the report found the reduction in overspending from £2.45bn the previous year to £791m “owed more to un-repeatable accounting manoeuvres than real-world restraint”. Further causes included an unplanned and unforeseen rise in demand last winter. NHS managers had to hire more expensive temporary staff to deal with this rise, and cancel operations. This was needed in order to deal with emergency patient cases, but it led to a loss in revenue from cancelled operations.

In some instances, the need for nurse and doctor coverage is so severe that trusts have been forced to pay extortionate figures. However, as a result of lower staffing numbers under the Tory government, temporary staff are crucial. The UK now relies on fewer doctors per 1,000 people than most other wealthy nations.

The Nuffield Trust’s Sally Gainsbury explains why the new £3.7bn deficit figure is a better measure of the full extent of the crisis facing NHS trusts:

The official figures on NHS deficits don’t reflect how severe things are for hospitals in England, as the deficits reported include one-off funding boosts or savings that cannot be repeated the following year. Only by looking at the deficit after these have been stripped out can we see the scale of financial challenge facing the NHS– and it is eye watering.

The government has imposed a £500m deficit target on NHS trusts. The NHS will also have to deal with a £2.2bn cost in unfunded inflation. Should the coming winter lead to a similar demand on the health service as last year, expenditure is highly likely to rise further.

According to the Nuffield Trust report, NHS trusts in England would have to find a further £5.4bn to have any hope of meeting the £500m deficit target.

Government behaviour and claims about the NHS simply do not correspond to what is really happening to the health service. While government ministers make claims of investing record amounts, doctors and nurses say otherwise. The British Medical Association passed a motion saying that the government is deliberately creating a crisis in order to privatise the NHS.

Tory cuts since 2010 have led to thousands of nurses and midwives quitting. This is due to unfeasibly high workloads, the standard of patient care and staffing levels. Numbers of nurses and midwives quitting has risen by over 50% in the last four years. It could now be a question of when, rather than if, the Tories will break the NHS as we know it.