A council is taking action against a trade union. And it should be a wake-up​ call to everyone - The Canary 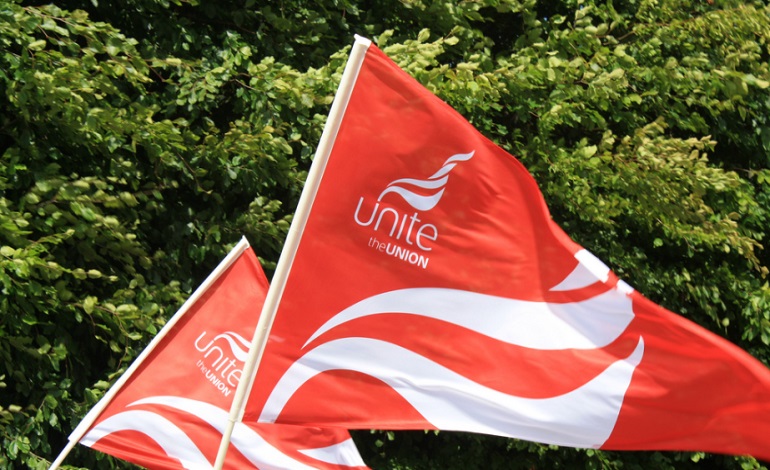 An ongoing dispute between a council and public sector workers has escalated, with trade unions warning that industrial action could continue into the new year. But the situation is all the more concerning because it is a Labour-led local authority at the heart of the story. And it is demonstrating extremely anti-trade union behaviour.

Bin workers in Birmingham have been locked in a dispute with the city’s Labour-led council since June. The issue surrounds the council’s decision to ‘delete’ 122 lead-hand, or grade three supervisory jobs, and “modernise” the service, saving it £5m a year. The council claims that redundant workers would be offered other jobs. But Unite the Union disagreed. Assistant General Secretary Howard Beckett said:

We have legitimate safety concerns about what the council proposes and are concerned that workers on as little as £21,000-a-year could face a pay cut of up to £5,000, if they are downgraded, which is unacceptable.

However, we appreciate that local government has been targeted by the Tory government with swingeing cuts to its budgets and we want to work with the Labour-controlled city council that needs to find extra income to mitigate the harsh effects of austerity.

As LibCom reported on 16 June, Unite announced the result of a strike ballot, showing 90% backing industrial action. So, on 30 June, workers began stoppages resulting in weeks of waste lying uncollected. The council said that the strike was costing £40,000 a day, and it employed agency workers and contractors to clear the backlog of rubbish.

On 16 August, Unite and the council reached an agreement, with the latter saying it would restore the 122 grade three supervisory jobs – and Unite calling off strike action. But suddenly on 30 August, the council backtracked on the official, ACAS-brokered deal, sending 100 workers redundancy notices. It claimed in a report that the deal was “unaffordable” and cancelled a meeting where it was set to be agreed. The union responded by immediately instructing their members to resume strike action.

Beckett said in a statement:

This is a deeply provocative act that drives a coach and horses through the agreement Unite reached with the council in good faith at the conciliation service ACAS… The last thing refuse workers want to do is resume industrial action and see piles of rubbish accumulating on Birmingham’s streets. This is their city too. Our members want to focus on delivering a safe efficient service to people of Birmingham.

Sadly it seems the council does not want to see that happen. Instead of embracing an agreement that would have seen compromise on all sides, the council seems content to put people on the dole and cut their wages by up to £5,000.

Unite calls on the council to come to its senses and withdraw these redundancy notices to avoid the disruption of industrial action.

But the Labour leader of Birmingham council, John Clancy, claims he has “not reneged” on a deal with Unite:

Facts about the Birmingham bins dispute. We must modernise the service. pic.twitter.com/UVKHT8xlXb

The notice for the current strike action expires on 21 September, so Unite will be balloting its members again.

“Labour”. In the loosest sense of the word

In reality, the council appears to have backtracked on the official deal not because it was “unaffordable” in terms of saving money, but because council leaders were concerned about having to fork out money in equal pay disputes with female colleagues (which some believe is disingenuous). All while the council increased its “usable” reserves [pdf p14] by £269m in 2016.

Some claim that it is council officers, not Labour councillors, meting out this action. But a statement from the Labour council leader appears to indicate otherwise. And Unite, at first, claimed that the council’s hands are tied, due to Tory cuts to local budgets. But ultimately, we are witnessing yet another Labour-led council treating public sector workers, and the working class, with contempt.

It has also been witnessed with teaching assistants in Durham and with Labour councils employing staff on zero hours contracts. And it is constantly demonstrated with social cleansing in London.