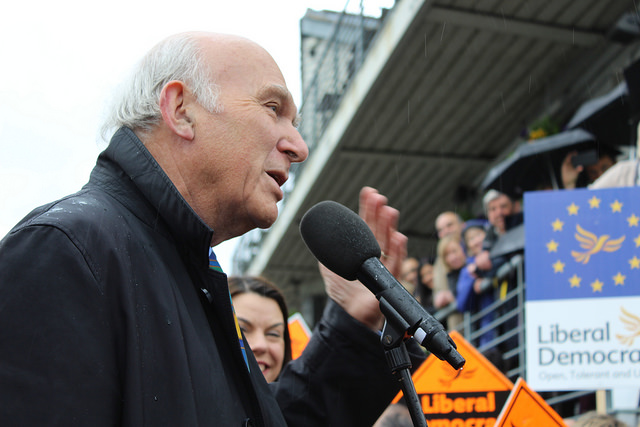 Liberal Democrat leader Vince Cable has accused Theresa May of blocking the publication of nine reports showing the real impact of migration.

Cable was business secretary in the Conservative/Lib Dem Coalition between 2010 and 2015. And he claimed on 6 September that May suppressed the studies because they showed immigration had very little impact on the wages of British workers.

When I was business secretary there were up to nine studies that we looked at that took in all the academic evidence.

It showed that immigration had very little impact on wages or employment. But this was suppressed by the Home Office under Theresa May, because the results were inconvenient.

I remember it vividly. Overwhelmingly it has been the case that overseas workers have been complimentary rather than competitive to British workers.

A spokesperson for the Prime Minister, however, rejected the claim, saying:

When the Prime Minister was the Home Secretary, she published a number of reports on the impact of migration and one of them was specifically on the issue of employment and wages. That was published in 2014, there was also a study published by the Migration Advisory Commission which was commissioned by the Prime Minister as well.

Yet May has spent her whole political career blaming social and economic problems on migrants. Since becoming Prime Minister last year, she has repeatedly suggested that migrants lower wages and has sought to curb EU migrants’ rights.

At Prime Minister’s Questions (PMQs) on 6 September, May insisted [17;55] again that:

There is a reason for wanting to ensure that we can control migration. It is because of the impact that… net migration can have on people, on access to services, on access on infrastructure. But crucially, it often hits those at the lower end of the income scale hardest.

Last year, she told the Conservative Party conference that migrants were responsible for job losses and low wages. She said:

I know a lot of people don’t like to admit this – someone who finds themselves out of work or on lower wages because of low-skilled immigration, life simply doesn’t seem fair.

But some government studies on the impact of migration did manage to get past May’s beady eye. In 2014, her officials reviewed all the available evidence and found [pdf]:

There is relatively little evidence that migration has caused statistically significant displacement of UK natives from the labour market in periods when the economy is strong.

And they are not the only ones to reach that conclusion. A London School of Economics briefing noted in 2015 that fears about the adverse consequences of rising immigration have simply not materialised.

Empirical research on the labour market effects of immigration to the UK finds little overall adverse impact on wages and employment for the UK-born.

The briefing also found that migrants contribute more in tax than they take from public services because they are likely to be younger and working.

Because immigrants are on average younger and in work, they tend to demand and use fewer public services and they are more likely to contribute tax revenue.

The briefing added that any impact on low-skilled wages for some workers in some sectors had been “small”. This issue could be easily tackled with a higher minimum wage, more employment rights, stronger trade unions, and better enforcement. All of which can be found in the last Labour manifesto.

The reality is that greedy bosses – not migrants seeking a better life – are to blame for poverty pay and unemployment. That is the inconvenient truth that May wants to keep from the British people.

–  Support Stand up to Racism here.