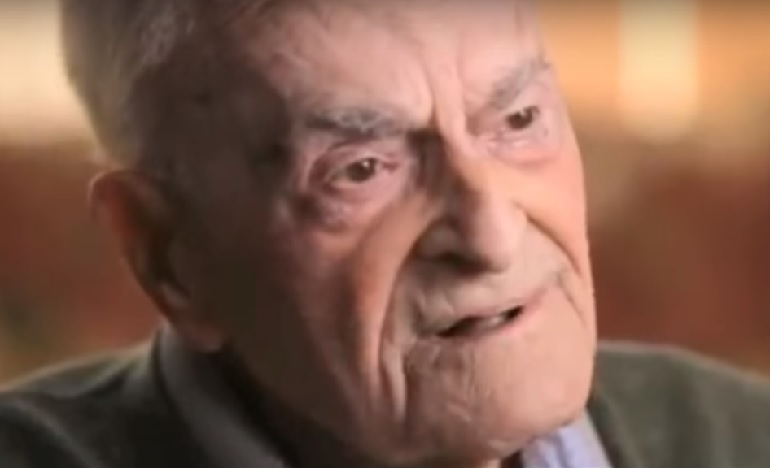 Thanks to Theresa May’s shocking performance in June’s general election, many Tories are now dreaming of the day when Jacob Rees-Mogg will replace her as leader of the Conservative Party. But on 6 September, World War II veteran Harry Leslie Smith nailed why a Rees-Mogg leadership would be so dangerous for Britain:

#jacobreesmogg's ancestors owned the mines where my dad & thousands of others toiled in unsafe conditions for slave wages.

He also said ominously: “My past your future.”

And he makes a very important point. Because people don’t call Rees-Mogg “the honourable member for the early 20th century” for nothing. The North East Somerset MP’s political views belong firmly in the past. And he and his wife don’t only come from families which gained immense wealth from the toil of miners; he’s also a founding partner at Somerset Capital Management – a company which has had millions of pounds invested in mining firms (and many other places). He’s even faced accusations of failing to declare his financial interests during debates supporting the tobacco, mining, and oil and gas industries.

At the same time, the old Etonian (who doesn’t even try to pretend he’s a ‘man of the people’) has long defended zero-hours contracts. And in doing so, he’s also stood up for Victorian Britain, insisting that: “The model of the flint-faced Victorian employer grinding the poor was never particularly accurate but today such an image is even more false”. LabourList responded to this in 2013 by saying:

Rees-Mogg is a historian but he must have skipped the lessons at Eton and Oxford on working conditions for the poor in Victorian times. Workers at the bottom end of the pay scale were exploited in ways that we find difficult to comprehend today. For example, in North East Somerset children as young as seven and eight years old were forced to work in coal mines, and between 1774 and 1908 over a hundred children perished in local pits… It took reform of employment law to put an end to abusive practices like this.

This is not a joke

For those still unclear about Rees-Mogg’s views, there’s this:

Critics have argued that Rees-Mogg’s apparent popularity among Tories is yet another political joke that’s getting way out of hand. And it really is. Because his rise in the Conservative Party is dangerous for the whole of Britain.

Harry Leslie Smith is spot on. His past could well be our future if we’re not careful. If Rees-Mogg got his way, most safety and environmental standards would disappear. Inequality would increase even more thanks to tax cuts for the rich. And Britain would lose its human rights legislation.

That is not a future that anyone should want.

– Check out Harry Leslie Smith’s new book (coming soon) – Don’t Let My Past Be Your Future.