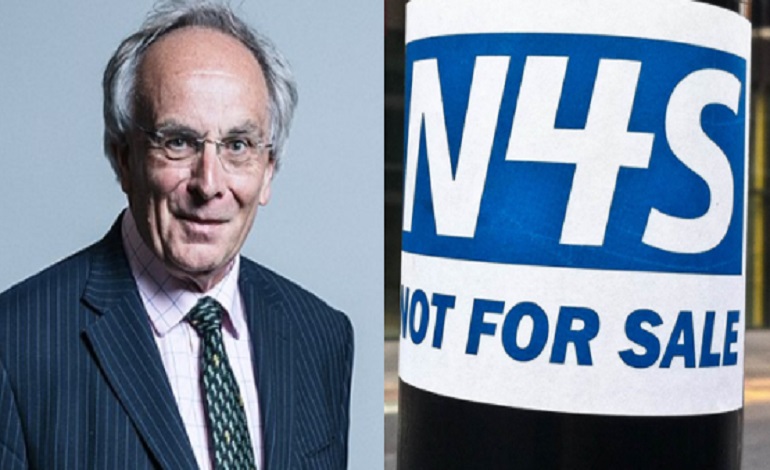 A group of Conservative MPs is using the opening of parliament to try and push through a law to make everyone pay for NHS treatment. The proposed bill, which is already at its second stage in the House of Commons, is part of a handful of draft regulations that right-wing backbenchers would like to see as law.

Inside the mind of a Tory MP

The National Health Service (Co-Funding and Co-Payment) Bill has been tabled by Tory MP for Christchurch Christopher Chope. And his bill would see NHS services chargeable, in the same way most of the public have to pay for dental treatment.

But the public don’t need to panic just yet, as Chope’s proposals fall under ‘presentation bill’ regulations. Every year, these give backbench MPs the opportunity to table whatever laws they like in the Commons without a debate first. And while most never make it into law, what they offer is a peek into the minds of some of the people who govern the country.

The majority of the bills below have either been proposed by Chope, Wellingborough MP Peter Bone, or the now-infamous MP for Tatton Esther McVey. And as The Canary previously reported, the MPs went to great lengths to get their bills before parliament.

This year, some of the proposed laws include:

But there are some proposals which could be more popular with the public. These include:

Contempt for the public

The raft of proposed laws is a now-yearly event, and Bone and Chope are usually at the heart of it. In 2013, for example, Bone tabled a bill to bring back the death penalty, along with many of the bills he and Chope have tabled this year. And needless to say, it never saw the light of day. But what these presentation bills show is just how right-wing the views of some MPs can be.

Ultimately, though, the MPs responsible for these nonsensical bills know they will never be passed and so show their contempt for parliamentary procedure and for the public. Because while the House of Commons wastes time on some of these preposterous bills, MPs could be debating other more important laws.