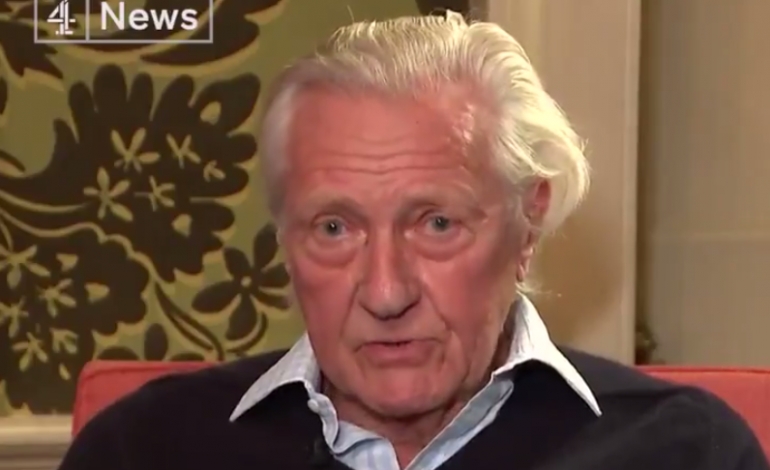 Conservative politician Lord Heseltine appeared on Channel 4 News recently to make a damning prediction about his own party. In his view, the Conservatives will be out of power before Brexit takes place.

Lord Heseltine is predicting the fall of this awful Tory government before Brexit even happens. Ouch @theresa_may pic.twitter.com/0mttvef2jl

The former Conservative Deputy Prime Minister seems to have lost faith in his party. His criticisms of the current Conservative government were honest and direct. He said:

I myself don’t think the government will last through the Brexit process. I think it’s got about two years before the DUP become too preoccupied with their domestic situation in Ireland… So I think that the government will find itself fighting an election in around two years time, and the fact of the matter is that the Labour Party is already ahead now in the polls… So it’s very difficult to see what the Prime Minister can do.

As The Canary previously reported, Theresa May’s deal with the DUP was a cause for great alarm. It was a highly controversial move made in order to retain her power. But now, according to Heseltine, this deal could partly be the downfall of the party.

Heseltine also seems to be right about the Labour Party. A recent survey reveals that the public would rather have Jeremy Corbyn as Prime Minister than May. Also, the pro-Corbyn group Momentum has seen its membership rise to over 30,000 in the two years since its inception.

What can the Prime Minister do?

Heseltine doesn’t seem to think that May can turn this around and garner more support for her party. Indeed, earlier this year he called for a new party leader. He pointed out how electoral support for the Conservative Party was dropping at a rate of 2% a year. Even May has had to own up to her failings as leader.

Of course, a lot can change in two years’ time. Heseltine’s prediction may or may not come to fruition. But given the trajectory we’re on – with constant U-turns from the Tories and increasing support for Labour – Heseltine’s remarks appear to be quite sensible.