Facebook has banned a leading campaigner from sharing his latest video. So we're showing it [VIDEO] - Canary 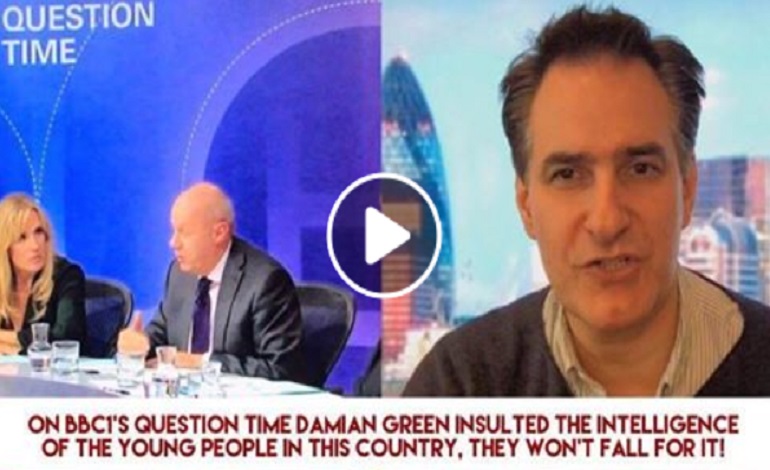 Facebook has banned a prominent campaigner from sharing his latest video. But the move, that’s provoked a backlash from social media users, hasn’t stopped his film from being viewed nearly 200,000 times.

On Friday 6 October, Facebook blocked lawyer-turned-campaigner Peter Stefanovic from posting outside his own page. The ban, which lasts until 13 October, means that he is unable to post or comment in dozens of groups.

Stefanovic is becoming well known on social media. He’s getting a reputation for producing video shorts that cut through mainstream media bias; ones that tell the viewer the whole story on political and social issues. And in his latest video, he gets straight to the point about student tuition fees.

On the 6 October edition of BBC Question Time, First Secretary of State Damian Green said that the Conservative government has raised the threshold that students had to start paying back tuition fees to £25,000. And that his government would also “freeze the current fee’s levels”. But Stefanovic was having none of it.

He noted that Green’s:

government tripled tuition fees… they put students £50,000 in debt; an enormous liability the size of a mortgage for many people. So saying we’re going to freeze tuition fees at their present level is totally, utterly meaningless. To suggest otherwise is an insult to the intelligence of the young people of this country.

But Facebook viewed Stefanovic sharing this video in groups as ‘spamming’. So stopped him from sharing it outside his own page. An angry Stefanovic told The Canary:

It’s difficult to view Facebook labelling my film spam and blocking me from sharing it as anything other then politically motivated. To then accept it’s not spam but to refuse to lift the block on me personally sharing it only reinforces the point! Thankfully I have 100,000 followers on Facebook, 6,000 of whom stepped up when I put out the call and shared it for me, making it my most watched film of the week. It’s a graphic illustration of how, by working together, we can beat censorship on social media. Even Facebook can’t block everyone…!

Facebook banning people for repeatedly posting in groups is not uncommon. Whether this is politically motivated, or just a social media algorithm at work, remains to be seen. But what Stefanovic’s situation does show is the power of people on social media, even in the face of restriction. If one video can get nearly 200,000 organic views, imagine what campaigners could do with no limits on their ability to share their views.