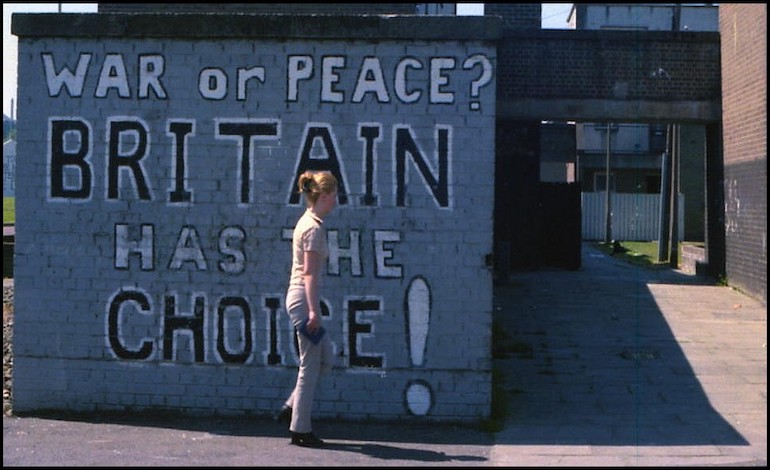 While the Conservative Party continues to fight over how to negotiate Brexit and the so-called ‘divorce bill’, the question of what to do with the Irish border could completely derail it. And the Conservatives act like it is not a problem at all.

The EU called the UK government’s insistence on a “seamless and frictionless” border “magical thinking“. And in an unpublished but leaked report, the Office of the Revenue Commissioners (Ireland’s equivalent of HMRC) calls the UK government’s stance “naive“. The authoritative report goes on to say that a completely open border “is impossible”.

The border between Northern Ireland and the Republic of Ireland is the only land border between the UK and the EU. It is called invisible, as crossing the border comes without checks or passport control. The invisible border boosts cross-border trade. It has helped generate economic prosperity in border towns and cities, including Enniskillen, Newry and Derry. But, as important as this problem is, a darker development could emerge should border checks return.

Northern Ireland voted to remain in the EU, with 56% for and 44% against. Nevertheless, it faces the prospect of being forced to leave the European bloc against its citizens’ will. The region has prospered as the Troubles period, which claimed over 3,600 lives, has faded into history. This coincided with the historic 1998 peace accord, the Good Friday Agreement, which saw the removal of border check points, police presence and barbed wire fences. But the threat of their reemergence with a so-called ‘hard border’ could plunge Northern Ireland into conflict once again.

All parties to the Good Friday Agreement concluded that an open border was for the good of Northern Ireland, the Republic of Ireland and the UK; and that it was key to avoid raising tensions, which could turn into bloody conflict.

The truth is that the Conservatives have been so insistent on a “seamless and frictionless” border, in spite of widespread dismissal of the idea as fantasy, because it is a problem that makes Brexit much more difficult. They simply have no answer, so avoid it. But they can’t avoid it forever. Whatever path the UK government does eventually choose, it could have grave consequences for Northern Ireland. The choice could mean conflict or peace, and life or death.