You may have missed it, but Jeremy Corbyn just appointed a fresh face to his shadow cabinet [VIDEO] - Canary 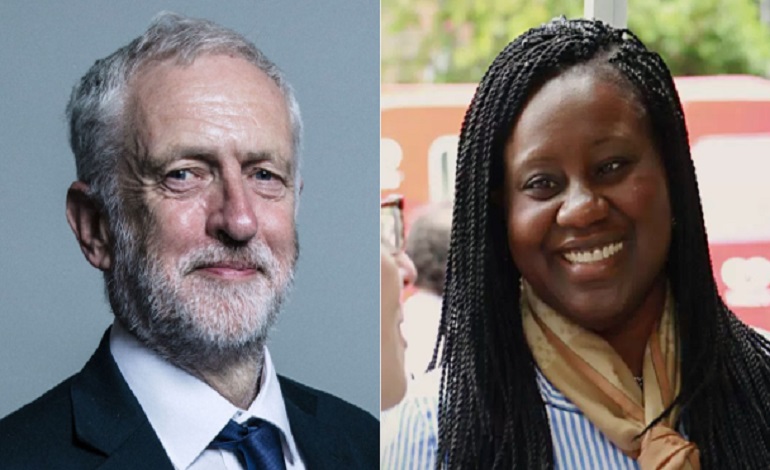 Jeremy Corbyn has just appointed a new MP to his shadow cabinet. But you may have missed it, as the position didn’t appear to be vacant in the first place.

MP for Battersea Marsha de Cordova is Labour’s new Shadow Minister for Disabled People. She is part of the new intake of Labour MPs from the 8 June election, and is one of five disabled MPs now in parliament.

And in her first parliamentary question in her new role, she took aim at the Tories regarding a report by the UN Committee on the Rights of Persons with Disabilities (UNCRPD).

Tories on the back foot?

Cordova was taking part in the scheduled oral questions to the Work and Pensions ministerial team. She noted that the government:

has backtracked on its commitment to halve the disability employment gap and the funding for the Work and Health Programme will be as little as £130m a year… which is a fraction of what was set aside for the work programme.

She then pressed Penny Mordaunt, Minister for the Department for Work and Pensions (DWP), on when the government will respond to the UN:

As The Canary previously reported, the UNCRPD assessed how well the UK government is sticking to its obligations under its convention. The government agreed to these obligations in 2009. And the UNCRPD was unequivocal in its opinion on how the Conservative government treats disabled people. Its Chair, Theresia Degener, said in a statement seen by The Canary:

The UNCRPD released its findings on 31 August; you can read The Canary‘s full analysis here. It said the government is failing disabled people in over 70 areas – from basic human rights, to not tackling discrimination, to the damaging impact of austerity and welfare cuts. It gave over 90 recommendations, the most critical in its 10-year history.

This is now the fourth report in 14 months by the UN into the Conservative government. All of them condemned it’s treatment of disabled people, saying it had committed “grave” and “systematic” violations of their human rights. But the Tories have so far failed to listen to the UN; pushing ahead with countless reforms, anyway. These include the continued rollout of Universal Credit, despite 25 Conservative MPs threatening to rebel in parliament over it.

But Cordova’s appointment to the Labour front bench is not without its own controversy. The Work and Health programme she seemed to advocate in her question has been heavily criticised by disabled activists and writers.

Her predecessor, Marie Rimmer, was criticised by some as showing a “lack of awareness” of disability politics. Also, she had a public confrontation with several disabled activists at a demonstration by Disabled People Against Cuts (DPAC) in March:

And Rimmer’s record in parliament did not reflect her front bench role. Since she started the job on 1 February, out of 20 contributions in parliament only five were related to disability.

So DPAC co-founder Linda Burnip is cautious about Cordova’s appointment. She told The Canary:

We’re very pleased to see that Marsha de Cordova has been appointed Shadow Minister for Disabled People. This means we will no longer be left wondering if her predecessor, the elusive Marie Rimmer, does actually exist. But this week, the focus of most MPs, including Tory rebels, is on halting the rollout of Universal Credit. So it seems odd, to say the least, that her first speech concentrates on employment and not this.

Labour under Corbyn has been making tentative steps towards an improved stance on disabled people’s rights. For example, it recognised the social model of disability in its 2017 manifesto [pdf pp7-8], along with a full commitment to implement the UNCRPD convention into UK law. But Cordova’s focus in her first question, Corbyn’s relative inaction over the UNCRPD report, plus Labour’s call for a pause on Universal Credit when some campaigners are saying it should be scrapped, just adds to many disabled people’s concerns that the party is merely providing lip service to their fight.

This article was amended at 9.30pm on Monday 9 October. It previously said five MPs were “registered” disabled; this is not the case.