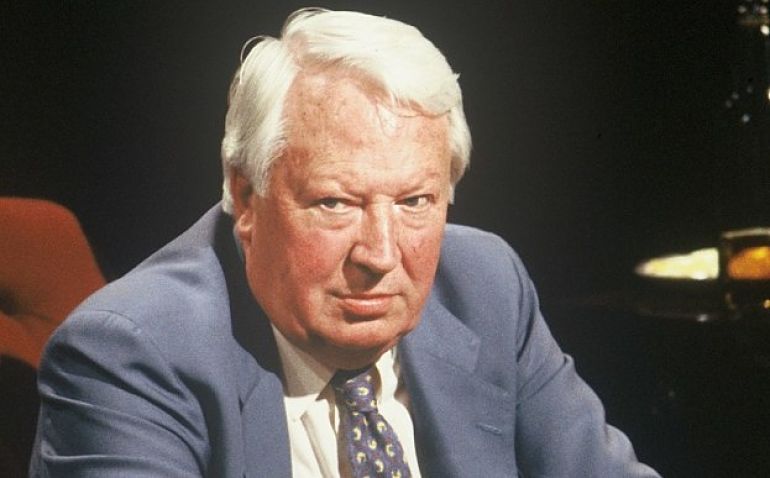 Wiltshire Police’s Operation Conifer has reported that, if the late Conservative prime minister Sir Edward Heath was alive today, he would be questioned under caution in relation to allegations of child sex abuse. But a government-archived collection of files actually flagged up, some decades back, Heath’s interest in the ‘Paedophile Information Exchange’. And many more of those files flagged up other alleged child sex abuse cases.

A summary by The Guardian of the allegations that Operation Conifer [pdf] believed to merit follow-up includes:

These allegations are also listed in a table [pdf, p80].

A decision is yet to be made as to whether the allegations will be referred to the Crown Prosecution Service. And Wiltshire Police stated:

It is critical to stress that no inference of guilt should be drawn from the fact that Heath would have been interviewed under caution.

PIE was a lobby group that supported paedophilia. A 2014 BBC article described how it:

wanted the government to axe or lower the age of consent. It offered support to adults ‘in legal difficulties concerning sexual acts with consenting ‘under age’ partners’. The real aim was to normalise sex with children.

What is not generally known is that the government possessed a file on Heath’s interest in PIE. The file forms part of the notorious 114 ‘missing’ files on child sex abuse. That list can now be seen in full and provides an insight into the range of alleged child sex abuse cases the authorities were aware of.

Heath’s entry on the list is number 77. The metadata (heading) for the file shows his interest in PIE and that the file is “presumed destroyed”:

Heath reportedly attended several PIE meetings at Westminster, though the precise nature of his interest in that organisation is unknown.

A dossier of child sex abuse allegations, including details of PIE meetings, was handed to then Home Secretary Sir Leon Brittan by Conservative MP Geoffrey Dickens. Brittan later claimed he passed on the dossier to the Home Office for investigation, but that it was subsequently destroyed.

Another government document quotes [pdf, p9-10] a letter from Richard Heaton (Permanent Secretary and First Parliamentary Counsel) to Peter Wanless (head of the National Society for the Prevention of Cruelty to Children) and Richard Whittam QC, where reference is made to certain files:

In finding some other papers about Hayman we also found papers about van Straubenzee, Brittan and Morrison… we created a full catalogue of the collection, deploying a special team for this task. As a result, Roger was able to show you some other papers that largely related to Morrison, Brittan, Hayman, and Maurice Oldfield.

There was also a National Archives report that includes a letter from Thatcher to then Attorney-General Sir Michael Havers. In the letter, Thatcher says:

So that there be no doubt, I leave to your judgment whether or not you are interviewed on media or TV about the Hayman matter.

The memo is the final entry in the file, and was released to the National Archives as: “PREM 19/588 SECURITY. Sir Peter Hayman: allegations against former public official of unnatural sexual proclivities; security aspects”.

In 1981, following a question raised by Dickens, the Attorney-General admitted that Hayman was a subscriber to PIE.

A former civil servant also accused the Home Office of giving tens of thousands of pounds of public money to PIE at the request of Special Branch. And according to a source with “inside knowledge of Scotland Yard in the early 1980s”, Thatcher ‘personally covered up’ child abuse allegations against senior ministers.

Former Conservative activist Anthony Gilberthorpe alleged he found “rent boys” for top Tory politicians, and that Thatcher knew about it.

David Cameron’s adviser on child abuse further claimed that a “Westminster Chumocracy” protected itself from paedophile allegations. Also, a former child protection manager alleged that up to 20 prominent public figures were part of a paedophile ring covering parliament and the judiciary.

Operation Conifer examined some of the allegations raised against Heath. And in response Heath’s former Cabinet Secretary Lord Armstrong of Ilminster said:

All those who knew Sir Edward Heath or worked with him are, without exception, convinced that the allegations of child abuse will all be found to be groundless.

But many more allegations of child sex abuse have been raised against other prominent Westminster figures. And government archived files and other documents raise more questions than answers.

The Canary asked the Home Office for comment, but no response was received by the time of publication.

– Read more in The Canary on child sex abuse.