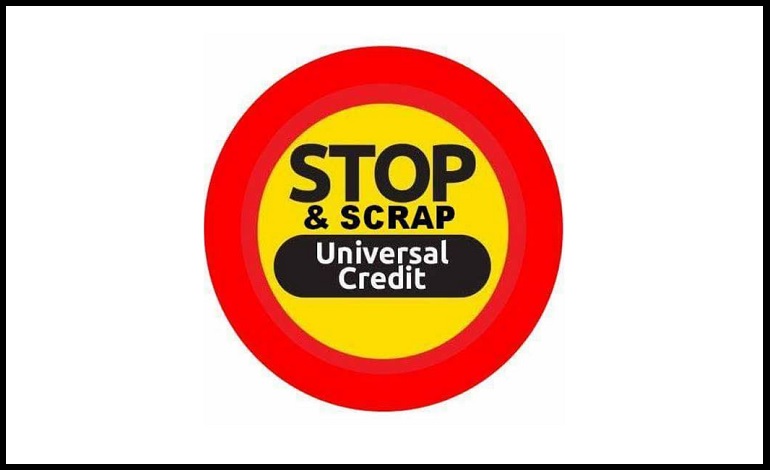 A group of disabled people have launched a campaign over the controversial Universal Credit roll out. Called ‘Stop and Scrap‘, it aims to highlight their belief that the new benefit is ultimately flawed, and that it cannot be ‘paused and fixed‘ as many politicians and campaigners are claiming. And an email from one of the group’s members sums up why they believe Universal Credit needs to be put in “the rubbish bin where it belongs”.

Paula Peters is an activist with campaign group Disabled People Against Cuts (DPAC). And she has given permission for The Canary to publish an email she sent to a Labour politician over Universal Credit.

The Department for Work and Pensions (DWP) says Universal Credit will “help more people to move into and progress in work, while supporting the most vulnerable”.

But many people disagree. And Peters’ email gives a devastating insight into the problems surrounding the government’s controversial welfare reform. It also shares her concerns over the Labour Party’s and trade unions’ position on Universal Credit. And it demonstrates why Universal Credit needs to be stopped.

Labour will have a job on their hands to fix everything if elected to government. They have a mammoth task ahead. This is why we as campaigners must hold politicians to account when they make promises. But the Labour ‘pause and fix’ is not the way forward with Universal Credit. The system design was ideological; designed with coercion and punishment within it to ramp up poverty and destitution. No amount of tweaking can fix that.

Until the austerity agenda is stopped, people’s distress will continue and poverty will ramp up. While Labour politicians and trade unions say pause and fix, grassroots campaigners are raising the bar of demands. We are ramping up the pressure on Labour and are calling for a ‘stop and scrap’ of Universal Credit. So campaigning on the street and online, now, to get Universal Credit stopped and scrapped is not only vital, it’s a necessity.

Change comes on the streets

‘There’s three ways in which we change society. One is through the ballot box… The second is… industrial action. The third is basically insurrection, but we now call it direct action…

Don’t expect that change coming from Parliament… we have an elected dictatorship. So I think we have a democratic right to use whatever means to bring this government down. The real fight now is in our communities, it’s on the picket lines, it’s in the streets’.

So we have to force the stop and scrap Universal Credit demand into parliament and pile the pressure on MPs.

We’ve had seven years of brutal Tory austerity cuts and their ideological agenda. And it has been grassroots campaigners who have consistently raised awareness of the cuts and their impact on people’s lives. We’ve taken the government to court and brought about the formal complaint to the UN Committee on the Rights of Persons with Disabilities [UNCRPD]. And we’ve used every campaign tactic we have to fight the government.

Meanwhile, Labour say they are the party of the worker. But what about the working class? What if you are not working? Labour have said in the past that the public can’t see them as a party for welfare… Yet they fought for and built the welfare state in 1945 under Clement Attlee. And this had security from ‘the cradle to the grave’ at its heart. Now, the Tories have ripped the welfare state safety net away. But what about grassroots campaigners? Benefit claimants? Who is representing us?

Why does Labour still use language like ‘voiceless, weak and vulnerable’ to describe disabled people?

We are not. We knew one of the best ways to resist this Tory government was to be as visible as possible on the streets. It was to fight back, and back that street action with a sustained social media campaign. In many ways we have been the spearhead of resistance against the Tories the past seven years.

Where are the unions?

We supported the Public and Commercial Services Union (PCS) during disputes. But tell me where has the solidarity been from the PCS and many other unions? Where is it when the DWP hit claimants with benefit sanctions? When they are left destitute and left to fight for their rights pretty much on their own? Solidarity is important. An attack on one person is an attack on us all. We should never forget that.

But whenever there is a street action for disabled people the support dries up from many quarters. And on Universal Credit, the unions are too quiet.

Not enough is said by them about the co-production and data sharing of the DWP and the NHS. Nor is there talk about charities like Mind’s [potential] involvement in the Health and Work Programme; specifically Health and Work Conversations. The same Mind whose national policy officer was seconded to the DWP for 12 months. We are talking about it but Labour isn’t and nor are the unions. Why?

We know many DWP staff whose morals may be compromised with implementing government policies. And we know they are stressed out, worrying about the ethics of these cuts and how they impact claimants. We urge those staff members to talk to us and to work with us. Because around 40% of DWP staff will actually end up claiming Universal Credit.

But there are people in the PCS who buy into the government ideology. They follow DWP policies to the letter and are putting people through hell. The PCS should do more to unionise areas across the country that have high sanction rates. And they should support us on the ground in solidarity. We know they are in a difficult position. But it needs to come to a point, and pretty quickly, where they down tools and say ‘Enough. We can’t do this’.

On Question Time recently, Stella Creasy gave Guardian journalist Aditya Chakrabortty a filthy look for mentioning benefit deaths. But the truth hurts, Stella Creasy. Because the tragic human cost of the cuts should never be swept under the carpet. If the public really knew what was going on due to government policy, there would be outcry and the government would fall. Simple as that.

We as activists have a vital role, an important role and a necessary role in the anti-austerity campaign. We have to keep the fight going and keep the resistance alive. Our job as campaigners is to push Labour to do more and do better.

The message to the Labour front bench:

Listen to grassroots groups and activists who have carried out extensive research on Universal Credit. And listen to those who have tirelessly raised awareness of its impact. You say you want us at the heart of government when elected – shaping policy, talking to ministers. Well, action speaks louder than words. Fixing Universal Credit is saying the concept of it is OK. It is not. It feeds into the neoliberal agenda and the end game is the abolition of the welfare state.

We simply do not agree with this and we are raising the bar to another level. Universal Credit can be the Tories new Poll Tax, together we can bring the Tory government down. But we must come together, unite on the end goal of the campaign to ‘stop and scrap’ it. We must put Universal Credit in the rubbish bin where it belongs.