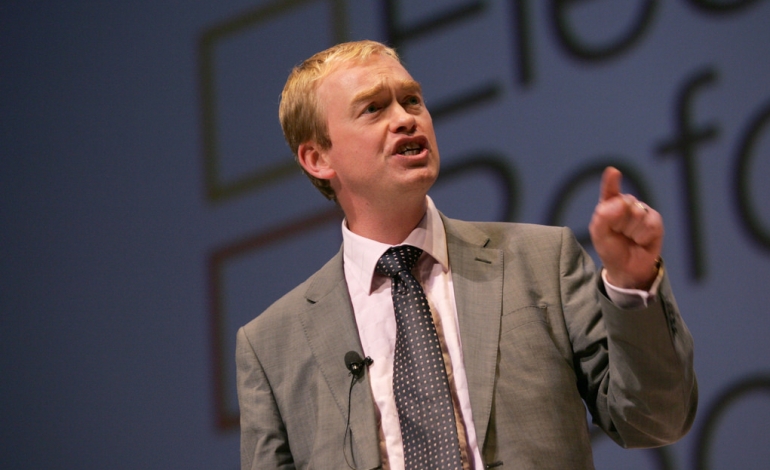 Ex-Liberal Democrat leader Tim Farron took to Twitter to weigh in on the current political climate. Farron hasn’t been in the news that much lately since he resigned in June after questions about his attitudes towards homosexuality and abortion. But his tweet about the Labour Party is certainly garnering attention. He called the party a “Maoist cult”, whilst referring to Jeremy Corbyn as anarchist Rik from 1980s sitcom The Young Ones.

Tories in absolute meltdown, and Labour are only 2% ahead? Just imagine if the official opposition wasn't a Maoist cult, we might actually have a chance of beating the blues and stopping Brexit. https://t.co/Mjg3PPKpbk

Too right it's silly! Honestly, the worst government in history and the opposition is led by Rik from the Young Ones!

The Conservatives in “absolute meltdown”

Farron may be correct in saying that the Conservative Party is in “absolute meltdown”. As The Canary previously reported, Guardian columnist George Monbiot spoke about how the government was “falling apart” and in “complete meltdown”. Also, there are reports that the EU is preparing for the Conservative Party to collapse, following Theresa May losing two Cabinet ministers (Michael Fallon and Priti Patel) in one week.

But Farron sparked controversy by claiming the Labour Party was a “Maoist cult”.

Why would the ex-Lib Dem leader think Labour looks up to one of the worst dictators in history? Well, MP Diane Abbott did say that Chairman Mao “on balance did more good than harm”. (At least 45 million people reportedly died during a four-year period under Mao, due to being overworked, starved or killed.) MP John McDonnell also came under fire for quoting Mao in the House of Commons two years ago. (Although he said it was a joke.)

But is it really fair to brand the whole Labour Party as a “Maoist cult” because of a couple of inappropriate comments? Many Twitter users don’t think so. One user said the reference was “a bit silly”, while another called his comparison of Corbyn to Rik from The Young Ones “a bit last century”. And although Farron is sniping at Labour’s standing in the polls, both the Opinium poll to which he linked and a recent YouGov poll show Lib Dem support at just 6%.

It’s usually the right-wing media saying that Labour wants to turn the UK communist. Even though its manifesto is closer to the ideas of John Maynard Keynes (a self-avowed capitalist) than Karl Marx.

Indeed, we can see Farron implying that Labour MPs are left-wing extremists who wish for a totalitarian state. But their party’s economic policy is actually mainstream and moderate. So much so that the Tories are now embracing it. Farron may have wanted to gain attention in the public eye again. And he was successful. But perhaps for all the wrong reasons.