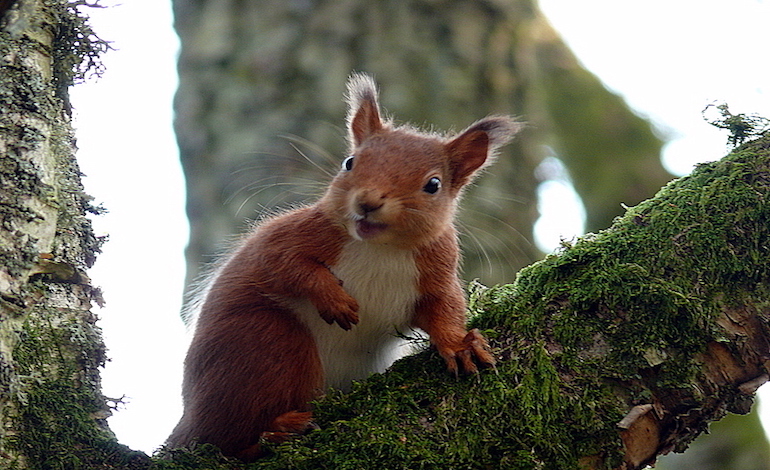 The Conservatives just voted down a parliamentary motion that would have recognised animals as sentient beings. The DUP, with its £1bn bung in mind, followed through on its agreement to support the government by voting in line with the Conservatives. Good doggies.

I’ve always found the persecution of the defenceless to rile me in particular. Whether it’s bullying, sexual abuse or animal abuse, when I see a victim who has little chance against an oppressor, it moves me to take action. It’s the main reason why I joined The Canary. In the current political climate, with the Conservatives who would sell their soul in the name of ‘enterprise’ and Trump, a puppet of big business, it means that we are seeing injustice in the news seemingly on a daily basis.

And now it’s the Conservatives again, only this time with animals. And of all people, I thought that the fictional character Borat encapsulated the Tories’ disregard for animals perfectly when he said:

Every Englishman must have a hobby… but the most fun is to kill a little animal with a shotgun, or rip him up with a wild dog.

But the defeat of this bill takes on a whole new dimension when we consider what science has discovered in recent years about the world we inhabit. Researchers have revealed that what we have thought, or been told, was badly misinformed. Recent studies and revelations about the natural world are yet to reach the mainstream.

‘But it’s just a stupid animal’

This is what many of us learned, through education, the news and our parents. But there are increasing scientific studies showing this belief to be false. It is widely known now that elephants are highly intelligent, social animals. But less known is that sheep feel sad when their friends – yes, friends – are killed. Or that octopuses are remarkably smart (octopus is a popular dish in Spain); that pigs express empathy to other pigs or that dogs can get depressed too.

But the Conservatives and the controversial DUP still voted to deny them protections that are in place across the European Union.

Yep, trees and plants too. There’s increasing evidence that they are smart, they can solve problems, they remember, and that they interact socially.

We are convinced that plants are cognitive and intelligent.

Plants are much more sensitive than animals… [they] distribute all along the body the functions that in animals are concentrated in single organs… The plant is a kind of distributed brain… Underestimating plants can be very dangerous, because our life depends on plants and our actions are destroying their environments.

Peter Wohlleben, author of the international bestseller, The Hidden Life of Trees, believes that we are moving away from an antiquated education system that taught us that animals and plants are part of a “soulless engine”:

When we watch animals, most people don’t realize that they are also watched by the animals, and that there is communication happening… It is very often overlooked because we tend to view nature, whether it’s trees or animals, like things in a museum.

And scientists are even showing that some animals are more intelligent than humans in certain categories. Dr Arthur Saniotis, co-author of The Dynamic Human, says:

For millennia, all kinds of authorities — from religion to eminent scholars — have been repeating the same idea ad nauseam… that humans are exceptional by virtue that they are the smartest in the animal kingdom. However, science tells us that animals can have cognitive faculties that are superior to human beings.

This research throws up all types of ethical questions, more than can practically be dealt with overnight. But if awareness of sustainability and ethical interaction with animals and the environment improves, the big corporations and politicians that can make the difference will be forced to fall into line with public sentiment. It was public anger that stopped Theresa May from bringing back fox hunting. It is the same sort of people power that can overturn this latest cruel government decision.