The Conservative-DUP alliance has managed to scrap a crucial EU law, putting untold numbers of animals at risk - The Canary 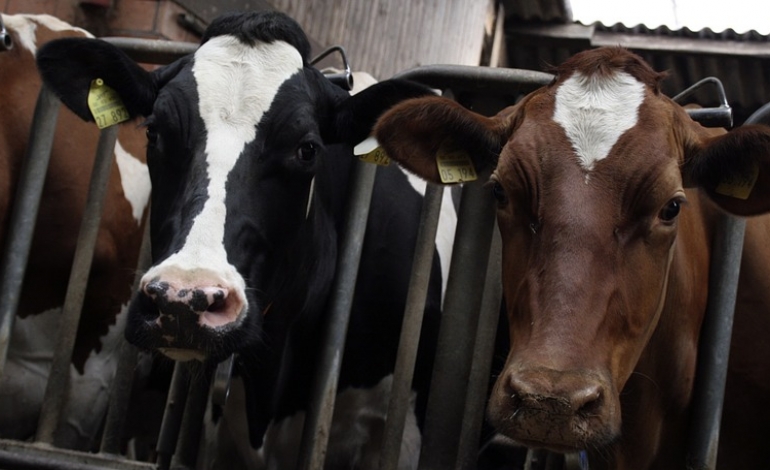 After a debate in parliament, MPs decided that ‘animal sentience’ will not be included in the EU Withdrawal Bill. Every single Conservative and DUP MP present voted to reject inclusion of the term, which recognises that animals are capable of feeling pain and emotion. All MPs from the Labour, Green and SNP parties voted to include it.

This vote could jeopardise efforts to protect animals. One of the arguments the government used to justify voting in this way was that sentience is already covered in the Animal Welfare Act. But many say this just isn’t true.

A step in the wrong direction

Environment Secretary Michael Gove pledged that Brexit could enhance animal welfare standards. But this vote on animal sentience undermines Gove’s promise, according to the RSPCA.

The government is picking and choosing which EU laws are made into UK law following Brexit. Green MP Caroline Lucas proposed an amendment that would ensure animal sentience is carried over. But 313 MPs voted against recognising animals as sentient beings.

If the law doesn’t recognise animals as sentient, as capable of feeling pain and emotion, then this could weaken our obligation to consider their welfare. For example, after the EU included animal sentience in the Lisbon Treaty, it banned animal testing for cosmetic purposes.

David Bowles, Head of Public Affairs at RSPCA, said this is a “truly backward step” for the protection of animals.

The RSPCA says the term ‘sentience’ does not appear once in the Animal Welfare Act. But MPs argued the act covered it. Bowles added:

only domestic animals are really covered by the provsions of the Act anyway and animals in the wild and laboratories are expressly exempt. It is simply wrong for the Government to claim that the Act protects animal sentience.

Both the RSPCA and Lucas said the decision was “disappointing”. Lucas also highlighted during the debate:

By way of background, in 1997—20 years ago—the UK Government, during their presidency of the EU, convinced the then 14 other member states that EU law should explicitly recognise that animals were sentient beings, and not simply agricultural goods like bags of potatoes that could be maltreated with impunity.

It was important enough for the British Government to use all their influence in the EU to have it included in the Lisbon treaty, and we should continue to have it in UK law.

This puts animals in danger

As previously reported at The Canary, Brexit has offered hope for raising animal welfare standards, as well as fears about lowering them. But by keeping animal sentience out of British law, the government could be putting untold numbers of animals at risk of exploitation and abuse. Animals are still suffering on factory farms, in the wild, in labs, in circuses, in sport and in zoos. If we want to ensure that animals are afforded the protections they deserve, then the law has to recognise their sentience.