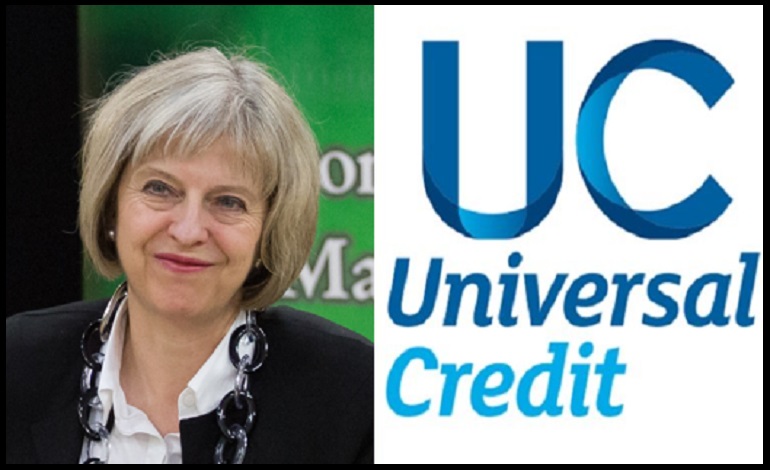 The government has made a significant change to the controversial roll out of Universal Credit. It’s launched a consultation on proposed changes to a policy affecting over one million children. It says more children will be helped by the plans.

But dig a little deeper into the details and it actually seems like a cheap stunt. Because the proposals could eventually lead to around 16,000 of the most deprived children being worse off every year.

On 16 November, the Department for Education (DfE) released details of how the free school meals programme will work under Universal Credit. There has been uncertainty over this since at least 2012.

But now, after mounting pressure from teachers’ groups, the Public Accounts Committee and thinktanks, the government has provided the details.

Currently, children generally receive free school meals if their parents or guardians are on certain benefits, while working less than 10 hours a week and with a total income of less than around £16,000 a year. But the government will change this under Universal Credit, so a child whose household income is £7,400 or less will be entitled to free school meals. The government says this will mean:

But the policy is not all it seems. Because a dig into the government’s consultation document [pdf] reveals:

This is at least 113,000 children [xls, table 3a, row 34, column S] based on current numbers. These children’s entitlement will be protected for a while (as detailed above). But based on the number of children leaving primary [xls, table 3a, row 18, column S] and secondary [xls, row 25] education at present, around 16,000 children a year will lose their entitlement after protections end.

So effectively more children will eventually lose their free school meals entitlement than will actually gain it under the changes. And all this is without people who have a new claim for Universal Credit, as their children, who previously would have qualified for free school meals, may no longer do so.

£7,400 is the equivalent of 19 hours on the National Living Wage. By putting this limit in, the government is making a ‘cliff edge’, where it’s not worth a person working more hours to earn more money, as they will lose benefits. And this is exactly what Universal Credit was not supposed to do.

As the National Association of Head Teachers’ General Secretary Paul Whiteman told The Guardian, the government could have put automatic enrolment in place for free school meals. This would ensure every child who is entitled to them, gets them. But it hasn’t done this, so some children may miss out.

In other words, some argue analysis of how well deprived children are performing will be rendered “useless“. As Schools Week reported, Andy Ratcliffe, a former education adviser to Gordon Brown, described the proposals and the affect on data as a:

‘dog’s breakfast’. He predicted that the January census data on free school meals would be ‘completely useless’ for the next seven years as the government will no longer be able to compare the performance of poorer pupils with previous year groups.

If the system is not sorted out in time for the census, the government will have ‘poisoned the well for the most critical measure’ for tracking poor pupils, he said.

The Canary contacted the DfE for comment on the issues raised in this article. A spokesperson directed The Canary to the announcement on the government website, including the statement from the Minister for Children and Families Robert Goodwill:

We want every child to reach their potential, regardless of their background. As Universal Credit is rolled out, it is right that we continue to make sure this support reaches children from the most disadvantaged families. Our proposals should not only protect those children already receiving free school meals and additional school funding but will see thousands more benefitting from this support in future. This is an important issue and we need to get this right to make sure we continue to help those children most in need. That’s why it is vital that we hear from teachers, early years professionals and families throughout this consultation.

Regardless of the finer details of the government’s proposals, the consultation seems more like the Tories running scared over the Universal Credit backlash. Given the timing, when issues surrounding the new benefit and free school meals had been flagged up as early as 2012, it looks like a cynical move to placate public anger. But in reality, the government appears to be doing nothing more than pulling a cheap stunt at the expense of some of the most-deprived children.