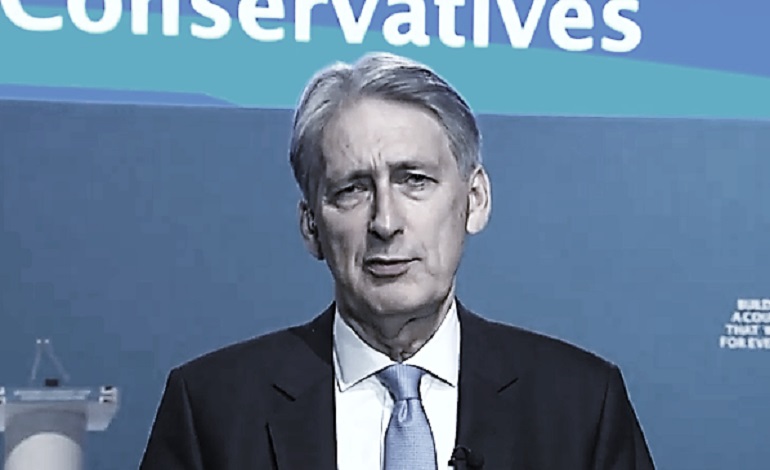 Chancellor Philip Hammond appeared on the BBC‘s Andrew Marr Show on 19 November in advance of his autumn budget. In recent months, the Conservative government has been in open crisis following a disastrous election and party conference. Polling has swung dramatically in Labour’s favour. And Hammond’s interview will have done little to reverse the trend.

The EU referendum of 23 June 2016 split the Conservatives down the middle. Since then, Theresa May has tried and failed to pull her party together. Brexit continues to divide it, while members of her cabinet squabble or make disastrous public statements. And there remains a sense that the standard Tory philosophy of the last thirty years, known as neoliberalism, has run its course.

Hammond’s gaffe came as the interview turned to unemployment.

Andrew Marr quickly pointed out that there are in fact 1.4 million unemployed people in the UK. And this in itself is only half the story. Not included in that number are approximately ten million people working without secure employment, on zero-hours contracts, or operating within the so-called ‘gig economy‘.

Hammond’s uncaring comments have brought immediate comparisons with Tories of the past. Former party chairman and employment secretary Norman Tebbit famously derided the unemployed in 1981. He said:

I grew up in the 30s with our unemployed father. He did not riot, he got on his bike and he looked for work.

This was mirrored in 2010 by then work and pensions secretary Iain Duncan Smith. Smith spoke of the unemployed in South Wales, saying that they:

had become static and didn’t know that if they got on a bus for an hour’s journey, they’d be in Cardiff and could look for the jobs there.

In other words, if people were unemployed it was their fault. They simply needed to try harder.

So little has changed

Hammond’s comments prove that little has changed in the Conservative Party, despite attempts at rebranding. May’s promises to create a ‘country that works for everyone’ were empty. The government does not care about those who are struggling. And it cannot shake off neoliberal dogma.

The Tories have become even more out of touch and are now so inwards looking that they have no clue of the experiences of ordinary people suffering from seven years of Tory austerity.

It is time for this government to move aside.