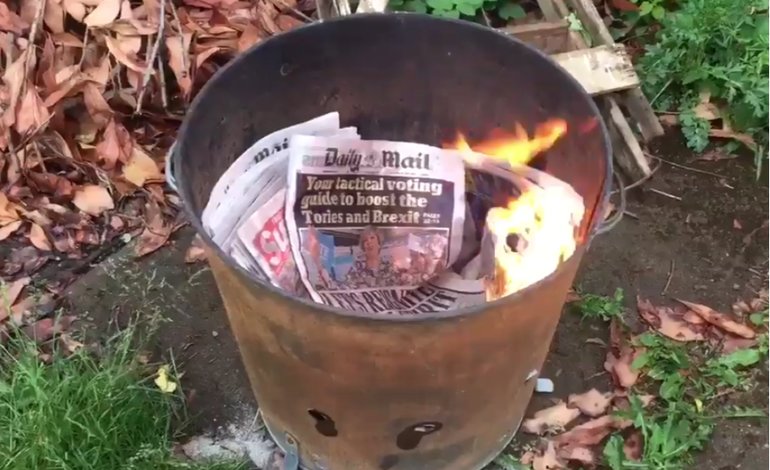 Under pressure from the Stop Funding Hate campaign, another company has promised never to give advertising money to The Daily Mail. This boycott is starting to hurt the paper where it matters, in the wallet.

@FromPaperchase gaily watching their shares plummet as they continue to advertise in a #hate newspaper. I will certainly never shop there again. Please rethink your relationship with the #DailyMail #Paperchase, it demeans you. #StartSpreadinLove #StopFundingHate pic.twitter.com/NlwUFZc2DM

*Lots* of comments on this Paperchase Facebook post from customers urging them to rethink their partnership with the Daily Mail: https://t.co/VpekNX4L8d #StartSpreadingLove #StopFundingHate pic.twitter.com/DUegdgs3cw

Hi Paperchase, I often shop at your stores but I am horrified to hear you advertise in the Daily Mail. Papers like that spread hate and fear and by advertising in them you are supporting their message. I suggest you #StopFundingHate and #StartSpreadingLove. Thank you.

By the end of the weekend, Paperchase had ended its advertising relationship with The Daily Mail. The company apologised to customers and vowed never to spend money advertising with the paper again.

We’ve listened to you about this weekend’s newspaper promotion. We now know we were wrong to do this – we’re truly sorry and we won’t ever do it again. Thanks for telling us what you really think and we apologise if we have let you down on this one. Lesson learnt.

The lobbying industry in the UK is huge. By 2007, a parliamentary study valued it at over £1.9bn [pdf, p10] a year and employing 14,000 people. And the study of 160 MPs found some being approached by those lobbyists over 100 times [pdf, p23] each week. That amount of influence creates results.

But people can lobby too. And with an electorate of 46.8 million people, UK voters could outgun corporate lobbyists if they engaged fully. What Stop Funding Hate has achieved is turning regular people into lobbyists for positive change. 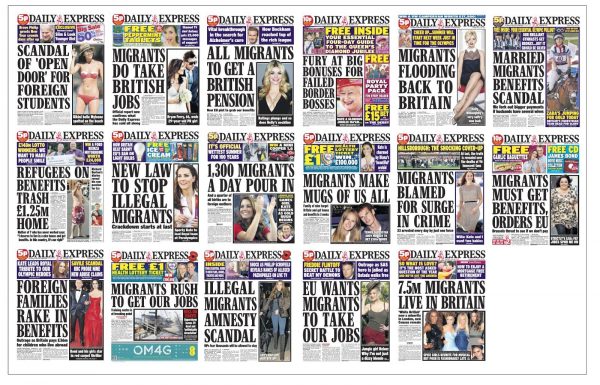 The campaign to withdraw advertising revenue from The Sun, The Daily Mail and The Daily Express for their consistent sexism, racism and bigotry is lobbying. And it is working. Retailers like Body Shop, JOY, Thread, and ETA Insurance have all made public statements changing their advertising behaviours in 2017.

The good news is, there’s much more to come.

Stop Funding Hate is calling on shoppers to pressure their supermarket to stop advertising with any of the right-wing tabloids in the run-up to Christmas. One easy way to do this is to send them a message on Twitter, via the links below:

You don’t have to put up with this bigotry. You can help shut it down.