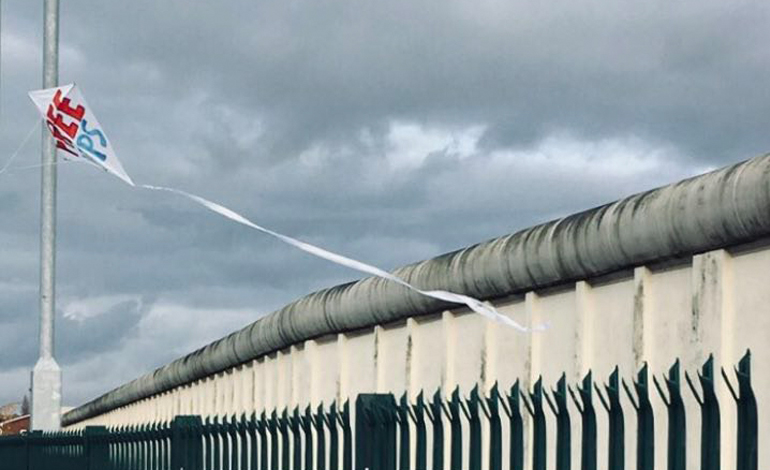 Protesters held a noise demonstration outside of HMP Risley, Yorkshire, on 18 November in support of prisoner Ian Hartley. Leaflets were given out and a kite was flown over the walls of the prison to spread awareness of his case. 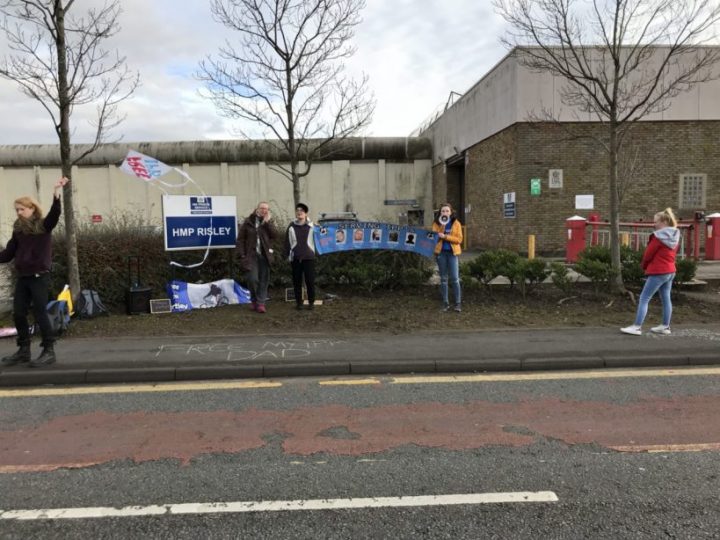 Hartley was given a 38-month indeterminate sentence for public protection (IPP) in 2006 following a robbery. These sentences mean a prisoner has no set release date; instead, they must satisfy a parole board that they are not a danger to the public before being eligible for parole.

IPP sentences were abolished after the European Court of Human Rights ruled they were “arbitrary and unlawful” in 2012. But this abolition didn’t apply to existing prisoners. And today, more than five years later, around 3,300 of these “forgotten” prisoners remain inside.

Hartley is one of these prisoners. The demonstration on 18 November was one of a series that have been organised by his partner Joanne Hibbert’s campaign. 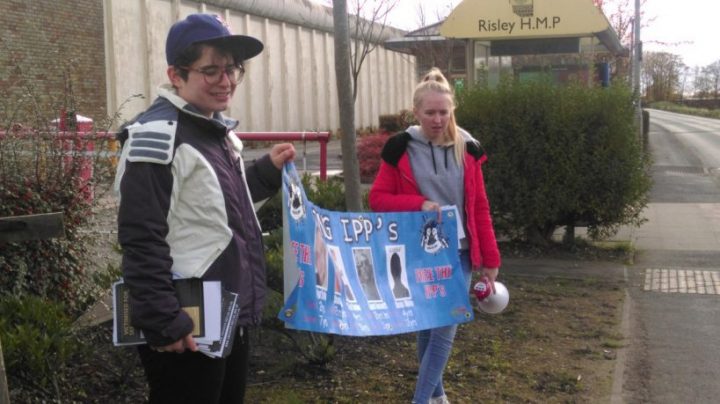 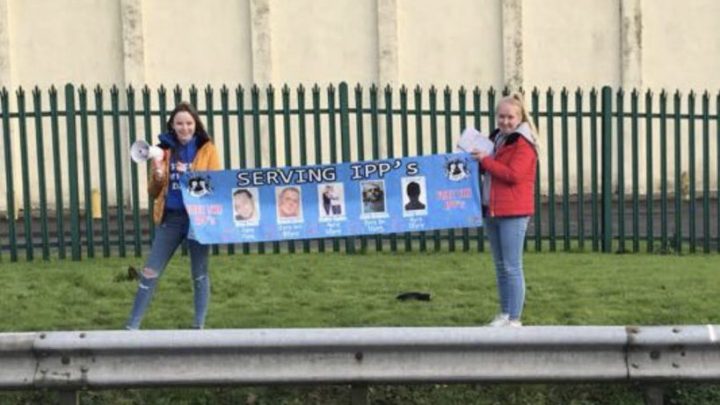 Damned from the start

Hartley remains inside HMP Risley 11 years after his sentencing. And a letter published in August 2017 reveals the problems Hartley has experienced as an IPP prisoner. They began as early as his sentencing:

In 2006 I was sentenced to 3 years IPP… I didn’t have a clue what had happened and I wasn’t the only one. The sentencing judge Mr Slinger didn’t understand either because 3 days later I was called back to court so it could be explained what the sentence meant.

And he says the problems have continued throughout his prison term, now eight years longer than his initial sentence. Hartley describes violence from other prisoners as well as problems with prison officers. He says he was attacked after being put on the same wing of HMP Risley as a group of “bullies”. Hartley wrote:

How can the powers that be expect you to change when every time that cell door opens you’ve got to put that mask on so you yourself don’t become a victim of the violence that happens every day on the wings.

Talking about the struggle of not knowing if or when he will be released, Hartley wrote:

I’ve spent a lot of time in prisons since 1989 due to my own selfish ways. The sentences I never really gave a thought to… but I’ve always known when I was getting out… If I wasn’t so head strong I would have took my own life long ago. I don’t live I exist in this life… This sentence is killing so many people within themselves.

This is a common complaint from IPP prisoners and those that support them. Hibbert told The Canary:

It’s barbaric. You might as well give them the death penalty, at least they’d know there’s an end. You ask any IPP: it’s the not knowing… If you singled them all out and say, ‘you’ve done your time and we’re going to give you all a release date’, you’d see a big difference in all of them. Now they’re just forgotten about.

Figures released by MP Sam Gyimah on 3 November reveal there are more than 2,700 IPP prisoners still inside beyond their original sentence, including 37 in HMP Risley. There are approximately 3,300 inmates currently inside, meaning more than 80% of IPP prisoners have served their sentence but still don’t know when they’re going to be released.

Hibbert told The Canary that outside pressure is important for her campaign and other IPP prisoners:

If [it] wasn’t [for] all the protests and all the hoo-haa that’s been kicking off, they would not have been recommending Ian for rehab… Everything we’ve been doing [has been important] because he’s got a voice and he’s speaking his mind now… Because family members like me, Shirley [Debono, mother of IPP prisoner Shaun Lloyd] – all different people – are giving IPP prisoners a voice, something is happening with them.

But these inmates face an uphill struggle, because they must complete courses to show their behaviour has reformed. This can be problematic.

On 13 November, The Daily Mail published a story about Daniel Joseph Sayce. He is an IPP prisoner whose “IQ is so low that he can’t manage rehabilitation courses in jail”; as a result, he can’t convince authorities that he’s safe for release. There is also James Ward, whose parole hearings were consistently pushed back. Ward has mental health problems and often self-harmed in prison.

This points at one of the crucial alternatives that anti-IPP campaigners have suggested. For many such prisoners, problems stem from mental health, not intentional criminality. And these issues become worse behind bars – especially with no end in sight. But it will require solidarity and public pressure to achieve these solutions.

– Check out Smash IPP and IPP Prisoners Familys Campaign for news and information.