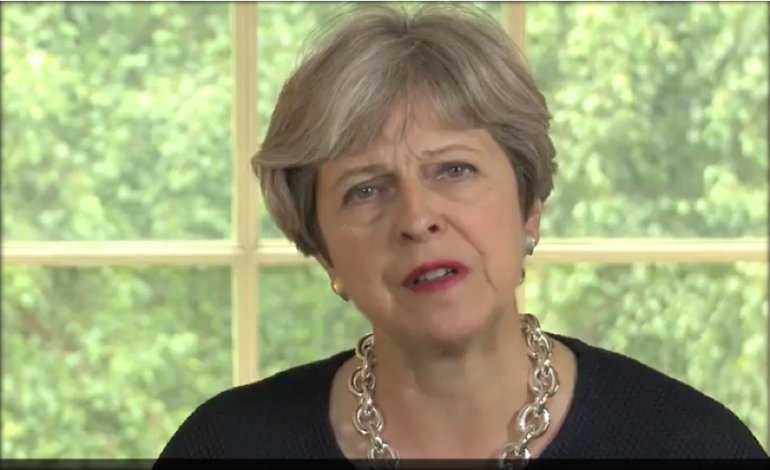 Unfortunately, Theresa May is currently too busy sailing ships into icebergs to be releasing party political broadcasts. So The Agitator (@UKDemockery) helped out by making one for her. We think it might be the most fitting tribute to the May government yet.

Opening at the Winchester Arms (the infamous pub from post-apocalypse comedy Shaun of the Dead), the broadcast features zombies roaming about mindlessly, bringing nothing but stench and danger. And that’s sort of how the country is feeling about its government right now.

Here it is. Make sure you watch until the end…

And there you have it. Today, May is little more than chief corpse of a zombie government; clinging to power with her cold, dead hands. Isn’t it time for her to shuffle off and give the living a chance?

– Fight back with the People’s Assembly Against Austerity.

– Read more from The Canary about Theresa May.