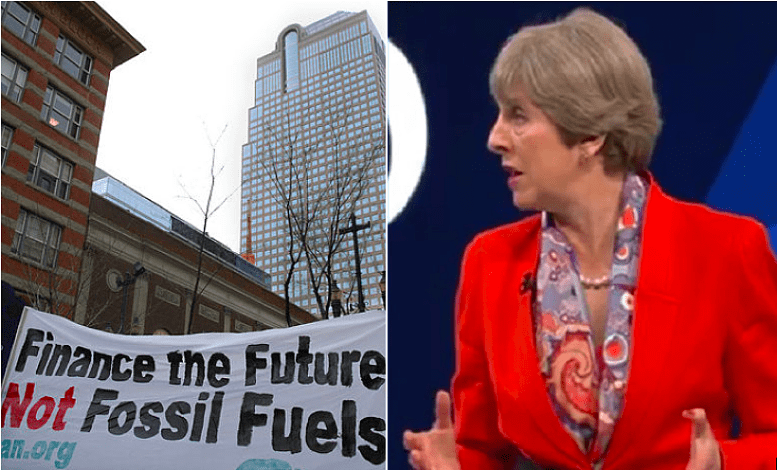 The UK has finished climate talks in Germany. It’s made some new commitments on top of its old ones. But some of its recent actions cast serious doubt on these commitments. And one analyst shared with The Canary the inconvenient truth about this.

On 17 November, two weeks of talks on climate change ended in Bonn, Germany. The meeting, labelled COP23 – 23rd Conference of the Parties to the United Nations Framework Convention on Climate Change – sought to resolve some of the more difficult operational issues around the Paris Climate Accord. This is an agreement to work on lowering greenhouse gas emissions. It’s one that the UK government says it’s firmly committed to.

But fossil fuels, despite evidence that they contribute to rising temperatures, played a peculiar role in the conference. Because US coal and nuclear companies attended the conference to promote their use. With Donald Trump withdrawing the US from the Paris agreement, this might not be surprising. In fact, it may seem consistent with the American approach.

The UK, on the other hand, looked less consistent. One of the headlines coming out of COP23 was that the UK and Canada would form an anti-coal alliance. They plan to phase out coal power plants and cease investment in coal. The UK also held a panel discussion [p7] on “the importance and practicalities of the UK partnerships in driving the development of green finance between the partner countries”.

But on 9 November news broke about a £1.5bn ($2bn) loan guarantee from the UK to Saudi Arabia’s Aramco. Aramco is a state-owned oil company. Energy analyst Mika Minio-Paluello, from the organisation Platform, says this guarantee undermines the credibility of the UK’s efforts to address the climate crisis.

Speaking to The Canary, Minio-Paluello said:

The Paris climate agreement – which the UK government claims to be firmly committed to – aims to keep global warming below 2 degrees warming – and preferably to 1.5 degrees. If this fails and we pass 2 degrees, we can expect catastrophic climate change and significant risks of accelerating feedback loops.

Those climate targets require us to leave a large proportion of fossil fuels in the ground – at least 80% of current proven reserves.

But Saudi Aramco alone is so massively polluting – it could almost blast us through our climate limits – even if we stopped all other extraction in the world.

As reports pointed out, the government is finalising the loan guarantee while the UK is vying for Aramco’s new public listing to be put on the London Stock Exchange. The Treasury says the loan from the UK’s credit export agency is essentially just a way to ensure Saudi Arabia buys goods and services from the UK.

Minio-Paluello says the timing looks suspicious. She told The Canary that “The UK government has a long history of using export credits to promote political objectives”. She cites the government’s involvement with the Baku-Tbilisi-Ceyhan pipeline from Azerbaijan to Turkey as one example.

And the credit guarantee isn’t the only thing that seems to highlight the UK government’s hypocrisy on climate change. The UK also gave £427m to carbon-intensive projects overseas in 2015-16. And the Conservatives remain committed to fracking, which is a dirty energy.

So, despite grand gestures at Bonn, it appears that the UK’s favourite form of clean energy is simply hot air. Because its commitments to climate change mean very little when you lay out all of its dirty energy deals on the table.