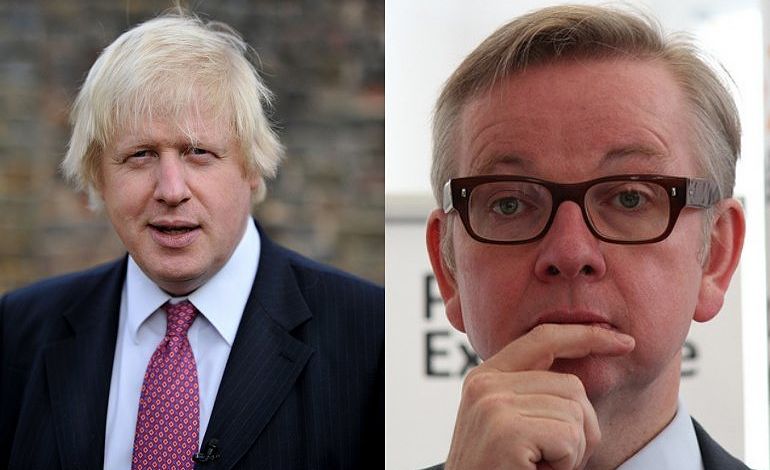 The Electoral Commission (EC) has announced an investigation into the activities of Vote Leave, which campaigned for Brexit during the 2016 EU referendum. This could prove hugely embarrassing for government ministers Boris Johnson and Michael Gove, who fronted the campaign group.

The investigation follows a submission for a judicial review into earlier inquires and a detailed witness statement [pdf].

new information has come to light which, when considered alongside the information obtained previously, has given the Commission reasonable grounds to suspect an offence may have been committed.

Under EC rules, it is an offence for campaigners to coordinate their activities in order to get round spending limits.

The investigation will examine whether Vote Leave exceeded spending limits, as well as other alleged irregularities.

The EC will also inquire into funds given by Vote Leave to BeLeave, a pop-up pro-Brexit group set up by 23-year-old Darren Grimes. Vote Leave handed a total of £625,000 to BeLeave. This was subsequently given to Canadian-based “audience persuasion” specialist AggregateIQ (AIQ) via three payments: US$565,500 [pdf], $264,000 [pdf] and $58,500 [pdf]. In total, in the lead-up to the EU referendum, AIQ was paid millions of pounds by Vote Leave,

But Grimes – now deputy editor of BrexitCentral (run by Vote Leave head Matthew Elliott) – has told the commission his spending:

was done in isolation of Vote Leave Ltd … we didn’t discuss with Vote Leave how we would spend the money apart from telling them that it was for our digital campaign and that is why we asked for the money to be paid directly to the company were working with AggregateIQ.

The EC will further investigate Veterans for Britain, which received £100,000 from Vote Leave, paid directly to AIQ.

Paul Stephenson, communications director of Vote Leave, has stated that both AIQ and its founder Zack Massingham were:

Indeed, on its website AIQ prominently displays a quote by Dominic Cummings, Vote Leave director and expert on ‘data science’.

And questions remain over the role of Johnson and the Foreign Office in relation to certain people under investigation by US authorities into alleged links between Russia and US President Donald Trump.

The EC is also looking into several OpenDemocracy allegations; specifically, about how millionaire Arron Banks was able to furnish multi-million-pound donations to the Leave.EU campaign, fronted by UKIP’s Nigel Farage.

Brexit can of worms

Voters deserve to know if they were duped by the technologies deployed by these campaign groups.

And if that is the case, a second referendum may be in order.