A student just did the maths on Brexit and the NHS that the government won't. The situation is dire. [EXCLUSIVE] - The Canary 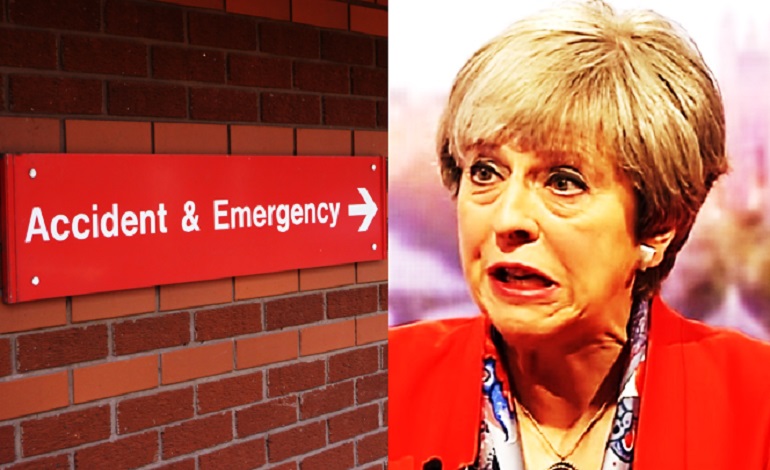 It’s taken a student to work out what the government should have done before the EU referendum: the impact of Brexit on NHS England. And her findings stand as a dire warning. Because the analysis suggests that, by 2024, there’ll be no EU staff left in NHS England. At all.

Carolyne Culver is studying for an MA in Global Political Economy at City, University of London. She has written an in-depth research document called Brexit, freedom of movement and the NHS workforce. And she has let The Canary study the 44-page analysis; publishing its main findings here. All information was correct as of 31 March 2017.

Culver has used data from Freedom of Information requests (FOI) and statistics from NHS Digital. And she makes clear that the document:

is not an exercise in crystal ball gazing. It is not possible to predict what will happen after Brexit… but it is possible to identify… the likely scale of the challenge if the freedom of movement ceases. 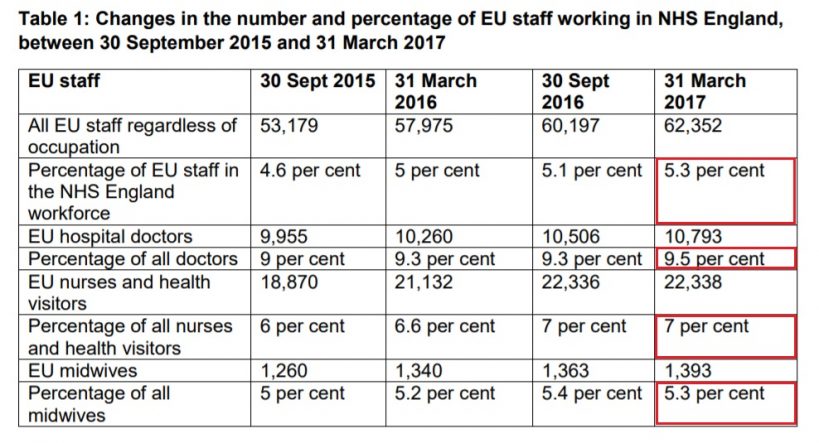 Culver then analysed joining and leaving rates for EU nationals. And she found that, while numbers of EU nationals were still rising since the referendum, the rate had significantly slowed:

She found the same trend (a slowing of staffing increases) in figures for British nationals and people from the rest of the world. But Culver’s additional research found that EU nationals join and leave NHS England at “a higher rate than all staff… therefore the turnover or ‘churn’ of EU staff is greater”. So after much number crunching, Culver drew a dire conclusion: that, by 2024, there could be no EU nationals left working in the NHS.

Brexit and the NHS: a perfect storm?

As Brexit negotiations currently stand, freedom of movement will end on 31 March 2019. So Culver said that, even if current EU nationals had the right to remain in the UK:

Assuming the supply of EU staff ceased, and the rate of departure remained the same [5.1% per quarter], it would take just under five years for EU staff to reduce to zero. This assumes that there is not an increase in the rate of EU staff leaving… but there might be if EU citizens dislike the final ‘settled status’ deal.

Specifically, all EU nurses, midwives, and healthcare staff could have left by 2021, and all doctors by 2024. And if this happened now, Culver calculates that in South London, for example, the NHS would be short of 24.6% of the doctors it needs and 29.3% of nurses.

Ultimately, what Culver’s study shows is that, if the NHS currently has a recruitment crisis, then it will be in chaos after Brexit. With a health service already struggling to fill vacancies, the situation could be unmanageable in just seven years’ time. It’s a disaster waiting to happen, and the government must address it now.

The Canary asked the Department of Health and the Home Office for comment on the research, but had received no response by the time of publication.