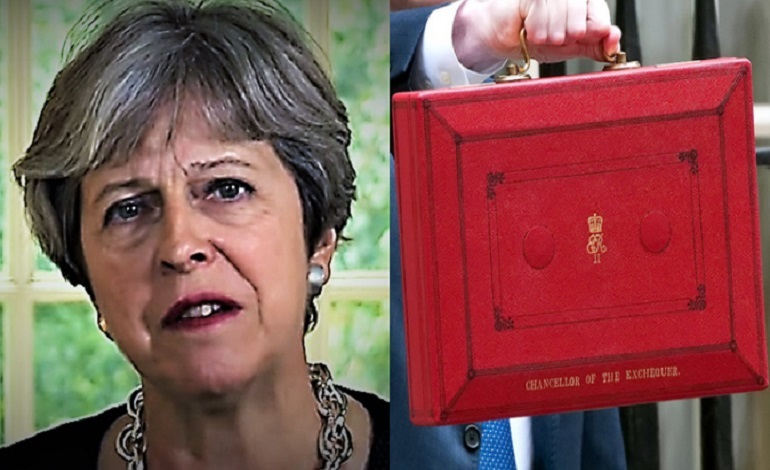 Theresa May got a rather embarrassing surprise, just hours before the autumn budget began. But it was one she probably didn’t appreciate, as it highlighted a growing catastrophe her government is presiding over.

Package for Theresa May

On Tuesday 21 November, anti-austerity campaign organisation the People’s Assembly delivered tons of food outside Downing Street; hours before Philip Hammond released the autumn budget. It was making a statement about the controversial rollout of Universal Credit, which the People’s Assembly says will “force thousands more to rely on food banks this winter”: 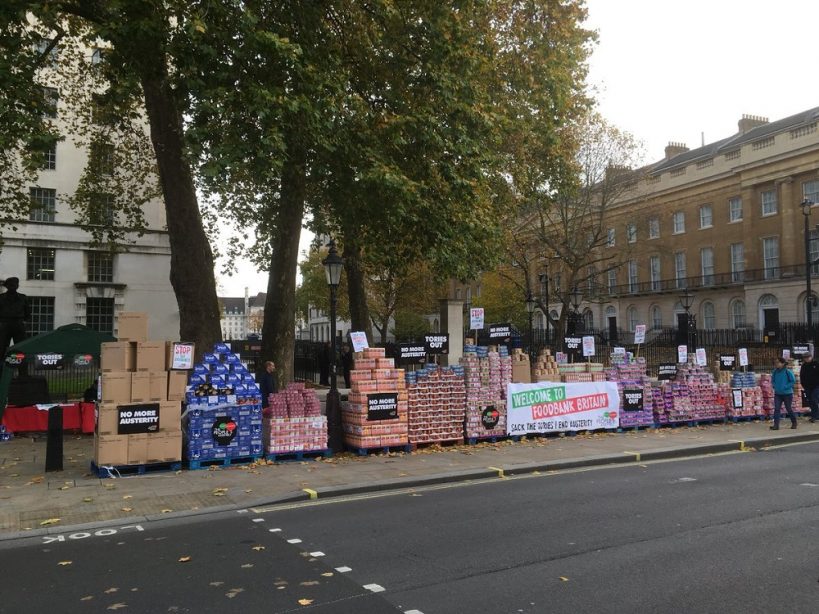 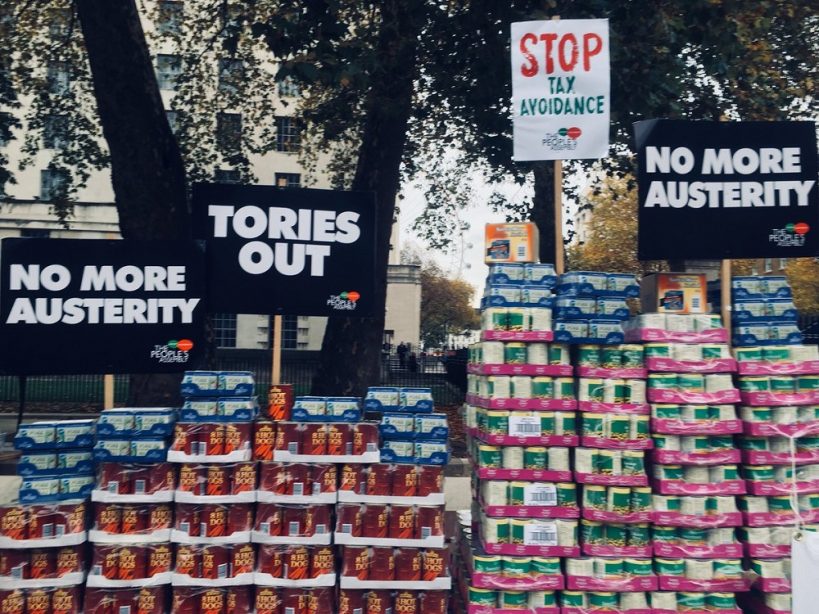 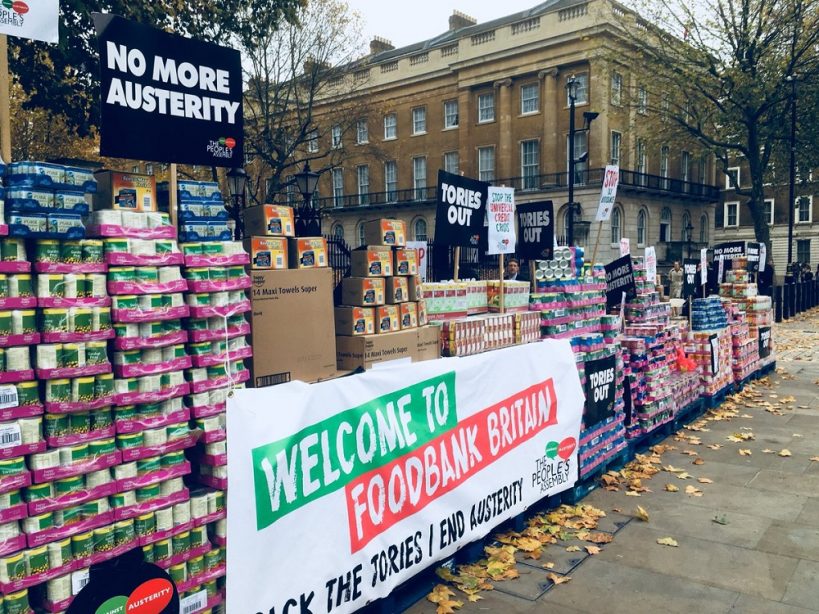 The delivery outside Downing Street culminated in a protest that evening. Speakers at the demo included Shadow Work and Pensions Secretary Debbie Abrahams and Shadow Justice Secretary Richard Burgon.

Prominent Disabled People Against Cuts (DPAC) activist Paula Peters also spoke. She said [1:13] that the “Tory government has blood on its hands… Call Theresa May what she is. She is a murderer… These cuts are economic murder”:

We’ve got worse to come and that is Universal Credit. And we cannot support ‘pause and fix’. The system is designed… [with] punishment at its heart. It’s designed to ramp up homelessness, hunger and destitution. It is designed to stop people claiming… We say loud and clear: we want Universal Credit stopped and scrapped.

All the food has been sent on to a Trussell Trust distribution centre.

But the People’s Assembly had a damning point to make with the delivery and demonstration. Because in September, the Trussell Trust warned that the rollout of Universal Credit would leave it “struggling to cope” with demand. Then, as The Canary recently reported, its prediction came true. It has now reported a surge in food bank referrals. And it placed the blame for this at Universal Credit’s door.

The Trussell Trust found that “food banks in areas of full [Universal Credit] roll out for six months or more have seen a 30% average increase six months after rollout compared to a year before”. It also said that “issues with a benefit payment remain the biggest [43%] cause of referral to a food bank across the UK”. And Trussell Trust analysis shows that Universal Credit accounted for:

Furthermore, the Trussell Trust said 27% of referrals to them came from people on low incomes.

Then, on 16 November, the Peabody Trust forecast that around 60,000 households, with more than 40,000 children, will get no money before Christmas, due to the six-week waiting time for Universal Credit payments.

As it stands, the government has barely made any concessions on Universal Credit. So it seems that opposition politicians and campaigners will need to continue to shout their concerns. But for many, it looks like a long, hard winter is ahead.