Philip Hammond hoped no one would notice what he did right before the budget. Bad luck. [IMAGES] - Canary Workers’ Co-op 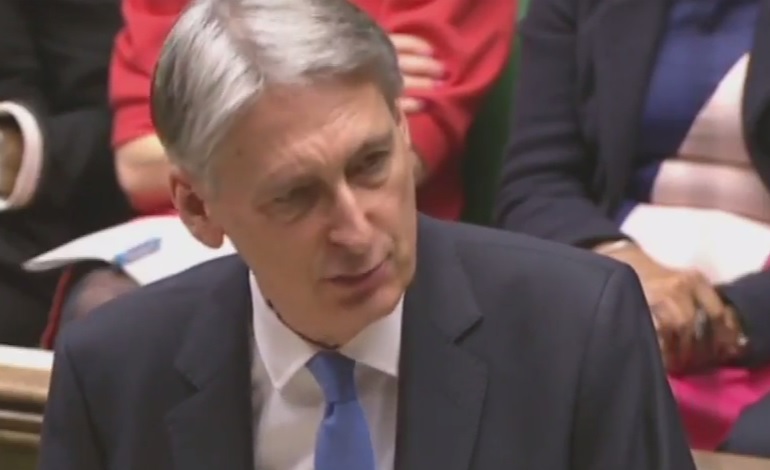 One of the last questions of Prime Minister’s Questions (PMQs) before the budget was on Universal Credit. Specifically, it was about the dire impact the policy is having on the most severely disabled people in society.

And during Theresa May’s answer to that question, just moments before he would explain his plans to ‘help’ people in the country, Philip Hammond decided to have a laugh. That’s right. As May was trying to excuse her government’s decision to further impoverish the UK’s most severely disabled people, Hammond had a chuckle.

Mr Speaker, people with the most severe disabilities have discovered that, when they move on to Universal Credit, they are up to £100 a week worse off. This is because there’s no severe disability component in the payment. So whatever happens about delays in the next hour, does the Prime Minister realise that Universal Credit will continue to shame her government whilst ever it pushes the most disabled into the worst poverty?

May responded by listing off the amount of money she claims goes to disabled people under her government. On Universal Credit specifically, she said [32.57]:

It was at this point, when May specifically mentioned Universal Credit, that Hammond started [33.02] to laugh: 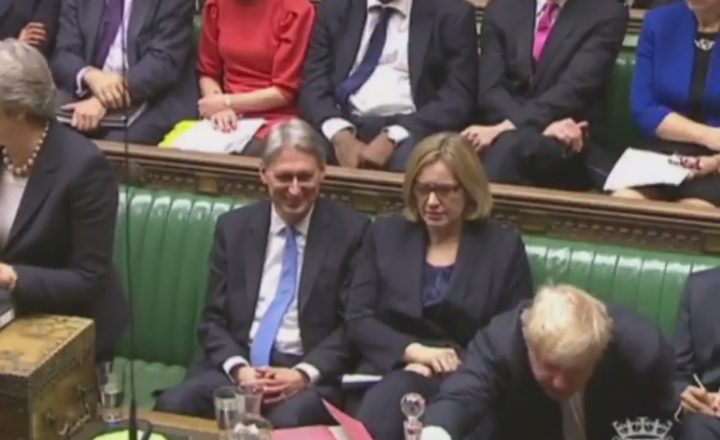 Home Secretary Amber Rudd also got in on the amusing action. They weren’t, however, tickled by the notion that Universal Credit is a “simpler, more straightforward system”. It appears they were entertained by the Conservative front bench passing a decanter back and forth.

After Hammond had started his budget speech, he explained that the decanter contained “something a little more exotic” than the water he was drinking. So it was this “exotic” concoction that managed to distract Hammond from the welfare of the most severely disabled people in the UK.

Hammond also said he wanted Britain to be “a civilised, tolerant place that cares for the vulnerable” in his speech. Yes, wouldn’t that be nice?