The Chancellor has given viewers the biggest laugh since Theresa May's conference speech. And not in a good way. [VIDEO] - Canary 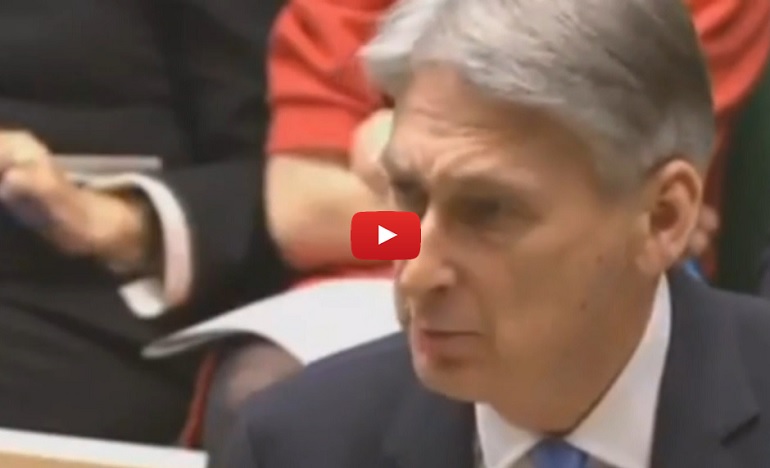 Chancellor Philip Hammond has given viewers the biggest laugh since Theresa May’s disastrous conference speech. And not in a good way.

In 2017’s autumn budget, Hammond came down tough on the national debt. But critics soon embarrassed him by highlighting one monumental flaw in his rhetoric.

He also tried to angle in a jab at the Labour Party towards the end, apparently referring to the global financial crash as “Labour’s crisis”. Even though former Tory chancellor George Osborne recently admitted that Labour didn’t cause the crash, saying the party actually “did what was necessary in a difficult situation”.

But that wasn’t what viewers chose to ridicule.

What critics seemed to pick up on the most was the fact that the national debt has actually sky-rocketed since 2010:

Good to see Hammond tackling the national debt as the people who were in power between 2010-2017 hugely increased it. #budget2017

And we all know which party came into power in 2010:

.@Conservatives have missed every one of their economic targets over 7yrs of failed Tory austerity. Debt has nearly doubled. @PhilipHammondUK can live in a fairytale world where the economy is turning a corner, but with productivity flatlining, it just doesn’t add up #Budget2017.

Since the Tories came into power in 2010, they have doubled the national debt. The national debt now stands at £1.95 trillion and is growing at a rate of £5,170 a second. #Budget2017 pic.twitter.com/ko8hvas9gu

In fact, even the Institute for Fiscal Studies has suggested that the Conservatives adopt fiscal rules closer to Labour’s current ones.

Hammond can throw dodgy insults at Labour all he wants, but the Conservative record speaks for itself. Not only has the ruling party rocketed up the national debt and failed to meet numerous targets since taking power; it has done so while implementing a severe austerity package. And just last week, The Canary reported that:

That’s not a record to be proud of.

– As Oxford University’s Prof Danny Dorling recently told The Canary, “we don’t need the level of economic inequality we have”. There are alternatives. And current austerity policies are a choice, not a necessity. To fight back, support the People’s Assembly Against Austerity, and tell your MPs that you want an end to ideological cuts.