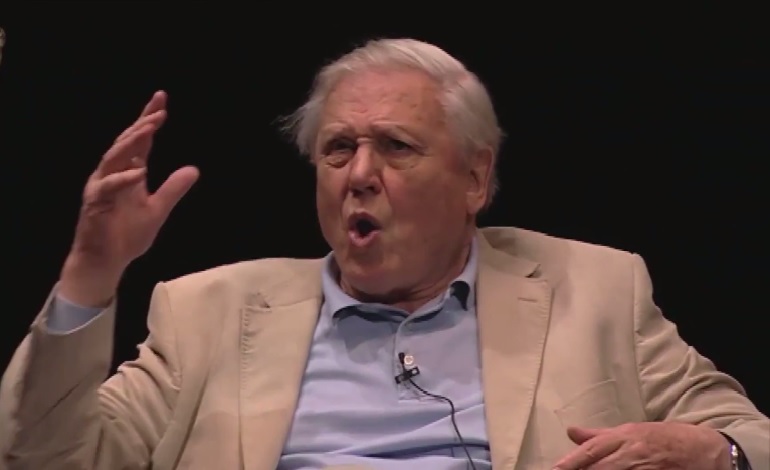 David Attenborough responded to a monstrous government decision before it had even made it. Because the BBC aired his pre-recorded, evidence-based view on whether animals have feelings in a documentary just days after the Conservatives and DUP rejected the very suggestion.

Watch it and weep

The BBC aired its latest Blue Planet II episode on 19 November. That was four days after MPs voted against including animal sentience in the EU Withdrawal Bill. Every single Conservative and DUP MP present at the vote rejected inclusion of the term. All MPs there from the Labour, Lib Dem, Green and SNP parties voted to include it.

But a clip from the Blue Planet II episode reveals that Attenborough’s pretty sure animals have sentience, meaning they can feel.

Watch and weep for what we are doing to our planet 😢.

This mother Pilot Whale has carried her dead baby for days. Her baby was killed by the toxins in the plastics that pollute our oceans!! #BluePlanet2 pic.twitter.com/UW1vvmFCo8

The segment focuses on a group of pilot whales. Among them is a mother carrying her dead child. Attenborough explains:

She’s holding her newborn young. It’s dead. She is reluctant to let it go and has been carrying it around for many days.

Pilot whales have big brains. They can certainly experience emotions. Judging from the behaviour of the adults, the loss of the infant has affected the entire family.

The behaviour exhibited by the whales in their loss is no different from how we’d expect humans to react. But 313 MPs have now managed to make sure that the UK doesn’t officially even acknowledge animals’ feelings, let alone allow them to matter.

One of the reasons the government gave for rejecting the notion of animal sentience was that the Animal Welfare Act already covers that. As the RSPCA pointed out, however, this act has a limited scope. As the RSPCA’s Head of Public Affairs, David Bowles, explained:

Animal sentience is never mentioned in the Animal Welfare Act and, crucially, only domestic animals are really covered by the provisions of the Act anyway and animals in the wild and laboratories are expressly exempt. It is simply wrong for the Government to claim that the Act protects animal sentience.

So the act doesn’t, for example, cover the pilot whales documented in Blue Planet II. But why is that important?

We’re neck deep in this

In the episode, Attenborough also talks about what could have caused the death of the baby pilot whale:

In top predators like these, industrial chemicals can build up to lethal levels. And plastic could be part of the problem. As plastic breaks down, it combines with these other pollutants which are consumed by vast numbers of marine creatures.

It’s possible her calf may have been poisoned by her own contaminated milk.

The World Wildlife Fund says that “most of the waste we produce on land eventually reaches the oceans, either through deliberate dumping or from run-off through drains and rivers”. It lists oil, fertilisers, sewage, toxic chemicals, and solid waste as among the pollutants. Plastic waste is a big issue, as around 8 million metric tons of this enters the ocean each year. Currently, over five trillion pieces of plastic litter the ocean.

Time to care and clean it up

Obviously, the pollution in our oceans is entirely man-made. That already makes it our responsibility to make it right. However, add recognition of animals’ sentience – and a responsibility to care about their emotions – into the mix, and what would we have? An iron-cast, unavoidable burden on humanity to clean up the oceans. And governments, corporations and people alike would have to change their ways to make it happen.

But change will take effort and money. It’s much easier for them to just pretend animals’ feelings don’t exist.

– Find out about the Ocean Cleanup project.

– Here’s how to start phasing out plastic.

– Write to your MP to share your views on animal sentience.