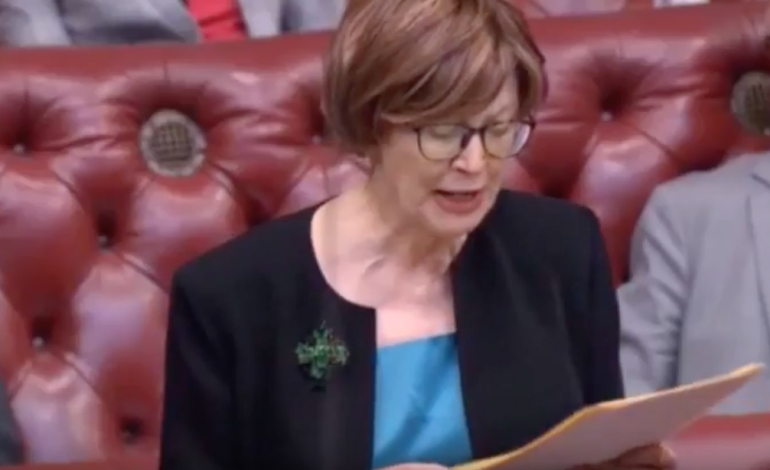 Labour peer Baroness Hollis recently spoke in the House of Lords to recount the “catastrophic” impact of Universal Credit on its claimants. She described how a man suffering from traumatic brain injury had been sanctioned; and then left without medical treatment when he needed it.

This man submitted written evidence about what happened. He said that his injury results in memory issues, but the Department for Work and Pensions (DWP) sanctioned him hundreds of pounds because he forgot an appointment. His mental health problems worsened. He self-harmed four times, with one hospital turning him away for a self-inflicted wound. Due to his sanction, he couldn’t afford travel to another hospital. So he used superglue to seal the wound shut himself.

Hollis drew these examples from 650 “deeply distressing” pages of evidence submitted to the Work and Pensions Select Committee. One claimant said Universal Credit is “catapulting the ‘only just managing’ into poverty and debt”. Hollis herself criticised the rollout of this new benefit, saying:

UC is far meaner in its payments, nastier in its sanctions and harsher in its delivery than tax credits…

Hollis argued that Universal Credit isn’t just punishing claimants unfairly; the DWP is also implementing it in an ineffective way. She highlighted issues such as:

The Labour Party is demanding changes to the rollout of Universal Credit. Reducing the six-week wait for the first payment is one of these demands. This is because the delay has been linked to rising food bank usage. Debbie Abrahams, the Shadow Work and Pensions Secretary, says the benefit “is not fit for purpose” and is “pushing people into debt”.

Theresa May has refused to pause the rollout of Universal Credit. But in light of these recent horror stories, changing some aspects of the rollout may not be enough. There are many and varied problems with the benefit. And the government desperately needs to fix these so that the benefit actually serves its claimants.

– Check out more articles from The Canary on Universal Credit.