A Tory MP dodged the question on food banks on Question Time. The audience was having none of it. [VIDEO] - The Canary 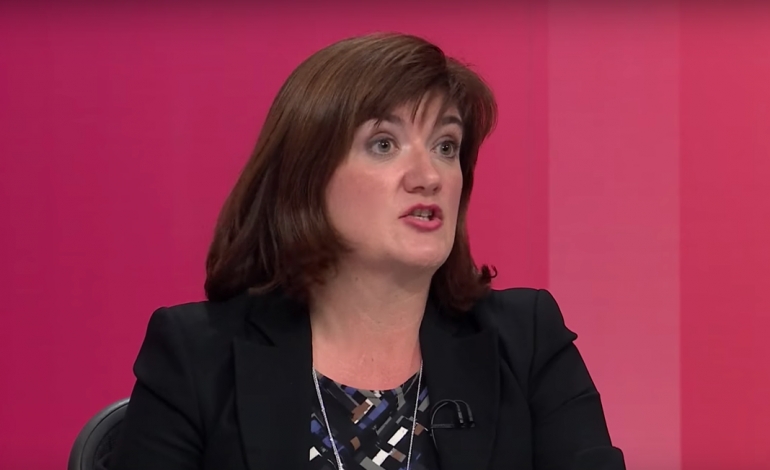 During the BBC’s Question Time on 14 December, an audience member told former education secretary Nicky Morgan that, after falling ill, she and her three children had to rely on food banks. She said the “government needs to be held to account” for rising food bank usage. But Morgan tried to dodge the issue, which left audience members outraged.

The mother of three said: “Things are spiralling out of control. Millions of people are now going to food banks.” According to Full Fact, an estimated 560,000 people are using Trussell Trust food banks alone – and the total number of users across the UK will be higher.

Amid sighs and protests from the audience, she added that “income inequality has fallen”. The audience member interjected, outraged, saying that using food banks is “humiliating”.

As The Canary previously reported, the Trussell Trust warned the government that the rollout of Universal Credit will leave food banks “struggling to cope”. The charity links the rollout of this benefit to an increase in food bank usage. The Joseph Rowntree Foundation also stated that, if the government continues to freeze claimants’ benefits, it could result in 500,000 more people in poverty by 2020; which will again put pressure on food banks.

Another Question Time audience member spoke about the problem, too. She said:

We’re throwing so much money at so many different things… surely our number one priority, as human beings, should be to protect other human beings and people’s lives.

This really should be the government’s number one priority. But instead, Conservative MPs are trying to avoid the issue altogether.

– Read more articles from The Canary on food banks.