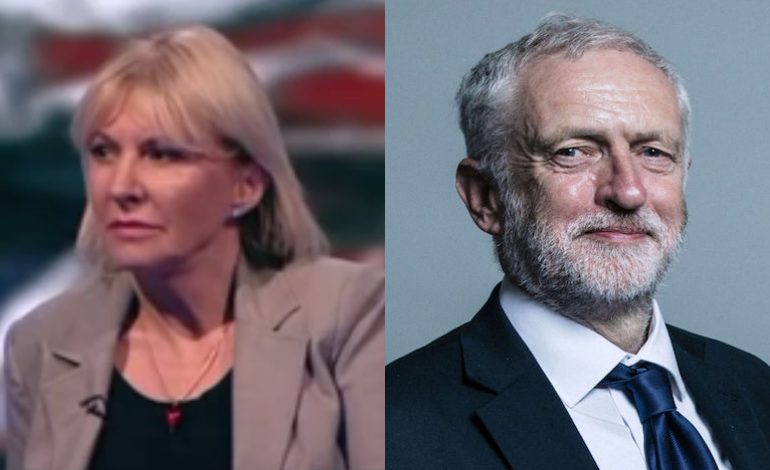 Conservative MP Nadine Dorries has attempted to attack Jeremy Corbyn on Twitter. But the stunt did not end well, as social media users were quick to point out the MP’s hypocrisy.

Dorries tweeted “This is Corbyn’s Labour”, with an image of a front page from The Daily Mail on 16 December. The tabloid ran a story about a Conservative MP and his wife allegedly receiving abuse on social media.

This is Corbyn’s Labour. pic.twitter.com/tZRJu6tuqu

The abuse is reported to have occurred after the MP heckled the Labour leader during a House of Commons debate on the budget, over his age. Corbyn, who was talking about support for elderly people at the time, said that such behaviour should be “called out”.

Scores of people responded to Dorries’ tweet, ridiculing it:

You're not seriously suggesting Corbyn has a personal army of trolls that he orders around ?
This type of politics is getting very silly!

No, this is inciting hatred. The Lords have asked you to stop. You are damaging democracy and creating a highly toxic atmosphere. Leave the Mail in the gutter. Nobody should spread this bile. Lead by example. Be kind like Jeremy.

Corbyn has condemned online abuse. In a code of conduct published during the 2016 Labour leadership contest, Corbyn wrote:

There should be no personal hostility and nobody should feel intimidated at any time. So no foul or abusive language will be tolerated and all candidates should be listened to with courtesy and respect…

Furthermore, Dorries herself recently called for the deselection of 11 Conservative MPs who voted against the government on an element of the Brexit bill.

Tonight, the Tory rebels have put a spring in Labours step, given them a taste of winning, guaranteed the party a weekend of bad press, undermined the PM and devalued her impact in Brussels. They should be deselected and never allowed to stand as a Tory MP, ever again.

The Daily Mail reacted to the Brexit ‘rebellion’ with a front page naming all of the rebel MPs and printing their photos under the headline Proud of yourselves?

Critics accused the newspaper of “bullying” and putting MPs at risk.

In the aftermath of the rebellion, Conservative MP Dominic Grieve revealed he’d reported death threats, amid a “torrent” of abuse, to the police. He said:

You only have to look at the vitriol, the death threats – I don’t do social media, but even so I’ve had to report certain things off to the police… It is a torrent – and it is all ‘you are stopping Brexit’.

Yes, I have had death threats. All my colleagues have had threats, mine were a voicemail message and a couple of emails…

The allegations of abuse at the centre of this story are very serious. Nevertheless, Dorries and The Daily Mail have both used them to try to smear Corbyn. They’ve attempted to associate him with the kind of behaviour that he has repeatedly condemned. But as the chorus of tweets debunking that association demonstrate, people aren’t so easily manipulated.