If you're thinking of using online retailer ONEdigitals, read this first. People are calling it a 'scam'. [IMAGES] - Canary 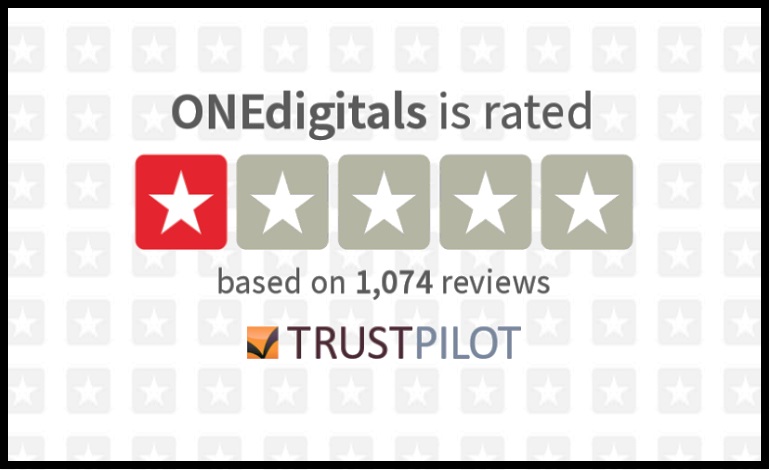 Hundreds of people have accused online retailer ONEdigitals of being a “scam” amid mounting chaos surrounding their Christmas orders.

ONEdigitals is an online electronics retailer that claims to be based in eight countries. The UK website says the company offers:

It claims that delivery takes 6-8 working days, and it’s a sponsored retailer on Google: 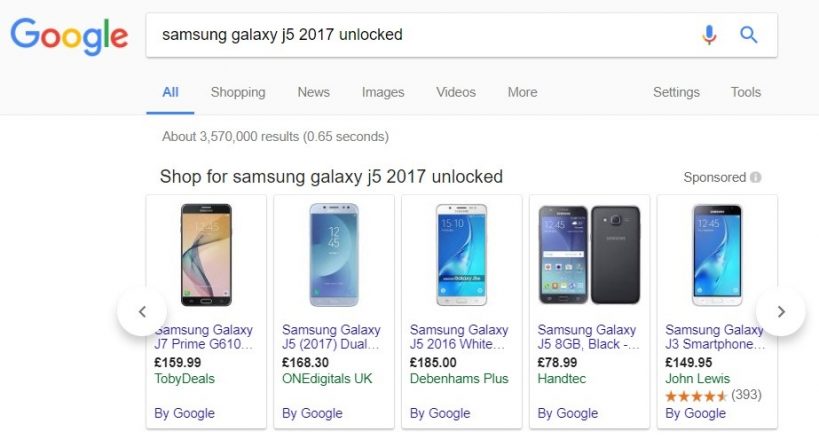 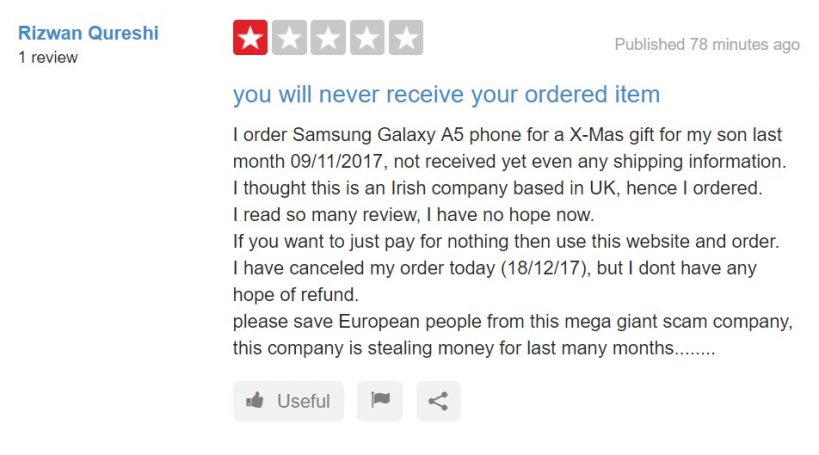 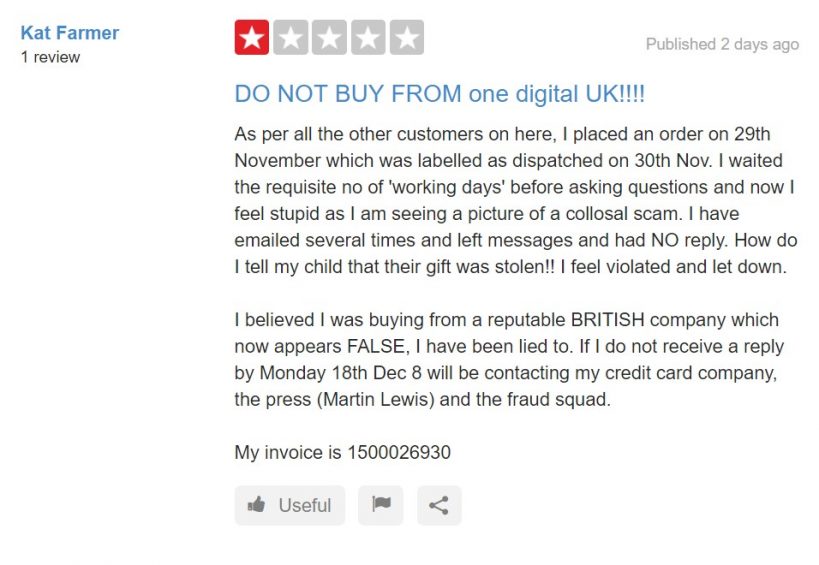 In December, ONEdigitals got over 180 mostly bad reviews on the site Trust Pilot. The most commonly reported problems were:

I am also a ONEdigitals customer. Having ordered on 2 December, I have still not received my purchase. I was kept on hold on its helpline for an hour and a half before it hung up, and I was disconnected from its website’s ‘Live Chat’ facility after an hour.

Several customers claim that ONEdigitals asked for copies of their passports/driving licences, utility bills, and bank cards. But the negative reviews are not new. Since December 2015, 80% of Trust Pilot reviews have been “bad”.

We ordered from ONEdigitals and were promised a five-six day delivery time. We’re still waiting nearly three weeks later and really worried the present won’t arrive in time for Christmas. Multiple attempts have been made to reach them: phone, email, and social media but it always results in a dead end. We’ll be giving it one more week then taking formal action with our bank.

ONEdigitals says on its website that it is a “global company headquartered in Hong Kong” and its “parent” company is Milkyway Distribution. Milkyway is registered in England from a virtual office address (a mail handling service). And ONEdigitals’ UK helpline appears to be a virtual phone number. Its website is registered under Milkyway’s UK company, but it’s based at its Hong Kong address. Also, Milkyway Distribution’s UK accounts [pdf] appear to show it is just a shell company with no revenue from UK sales actually being recorded. This therefore means that it pays no UK tax.

We sincerely apologize for all trouble this has caused you. As any other company we receive our own fair share of positive and negative reviews as well as complaints but rest assured these complaints have all been addressed. May not be resolved yet but is in the works. We value our customers business thus we strive to provide quality products and services.

Rest assured that we will take your feedback as a room for improvement on our end so that we may be able to serve better in the future. Thank you and best wishes to you as well. Take care.

It is hard to say if ONEdigitals is not coping with demand, is incompetent, or is – as some customers claim – a “scam”. But either way, if you’re thinking of using the company, you may need to be very patient. And for the hundreds of people who have used ONEdigitals for Christmas presents, there may be some real disappointment on 25 December.

– Check out Money Saving Expert for advice on consumer issues.