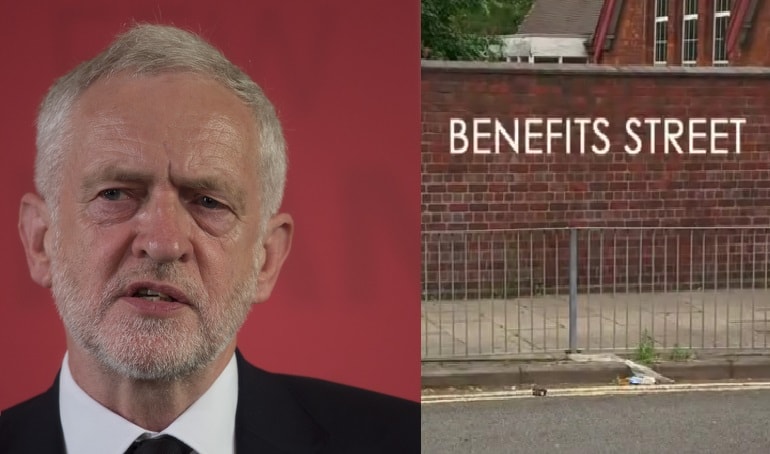 You’re absolutely right… The demonisation of communities makes it easier for politicians to make decisions that are damaging to those communities. Look at… the underfunding that went on in Grenfell. Look at the way in which the Grenfell Action Group were not listened to when they should’ve been. They said, in terms, they were worried about a catastrophic fire in that block.

Demonisation by the state

The apparent demonisation of people on benefits is also reflected in the government’s enforcement policies. Tax dodging loses the UK up to £120bn per year, which is more than the entire NHS budget. Meanwhile, benefit fraud costs the UK about £1.3bn per year, according to official statistics. Yet government policy is the opposite of the economic reality of the situation. HMRC employs 3,765 staff working on benefit fraud and error. Only 700 people are charged with tackling tax avoidance and evasion from wealthy individuals.

The constant focus on people on benefits appears to serve a dual purpose. Not only does it divide the working class, but it also scapegoats a section of it. Corbyn and Sng are right: we need to end the culture of blaming the most vulnerable for the misconduct of the rich.