Days before Christmas, the government finally makes a pledge that Britain can be proud of - Canary 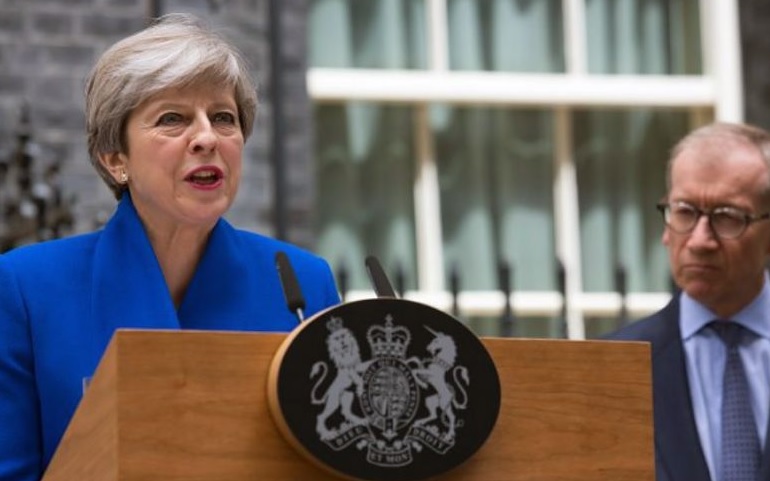 On 18 December, International Development Secretary Penny Mordaunt made a pledge to send an extra £50m of aid to Yemen. These funds, along with those already promised by Theresa May’s government, reportedly make Britain the third largest supplier of aid to the war-torn country. Mordaunt also told Saudi Arabia to stop blocking aid going into Yemen.

These are both moves that many Britons will be proud of. But they’re at odds with the government’s choice to sell weapons to Saudi Arabia. Because these measures are largely only necessary because of the devastation the UK has helped to create with such sales.

Yemen is facing the world’s “largest humanitarian crisis” right now. The contempt Saudi Arabia has shown for Yemeni people’s lives since it started bombing the country in 2015 is scandalous. It has now stopped organisations bringing aid, even though over eight million people there are on the brink of famine.

So Mordaunt has pledged an extra £50m to Yemen. She said the aid:

will save lives with new food and fuel; fuel that will produce food, pump clean water to help stop the spread of cholera, and power hospital generators.

Mordaunt also insisted that Saudi Arabia has “no excuse” for not allowing aid into Yemen. And she publicly reminded the UK ally that “using starvation as a weapon” is against international law. The International Development Secretary stated:

What Mordaunt failed to mention, however, is that there’s ‘no excuse’ for her government’s continued arms exports to Saudi Arabia either. Especially not when, as she suggested herself, the country could be violating international law. As Campaign Against Arms Trade (CAAT) pointed out in November:

Arms sales to Saudi in the first two years of the bombing of Yemen (April 2015 – April 2017) have now reached £4.6 billion… This amounts to a 170% increase in the value of sales since the bombing began.

It is Saudi Arabia’s bombing of Yemen, not just its blockade, that is causing devestation there. So if the government wants to help the Yemeni people, it must stop these sales. That would give Britain something to really be proud of.

– Read more about the situation in Yemen.