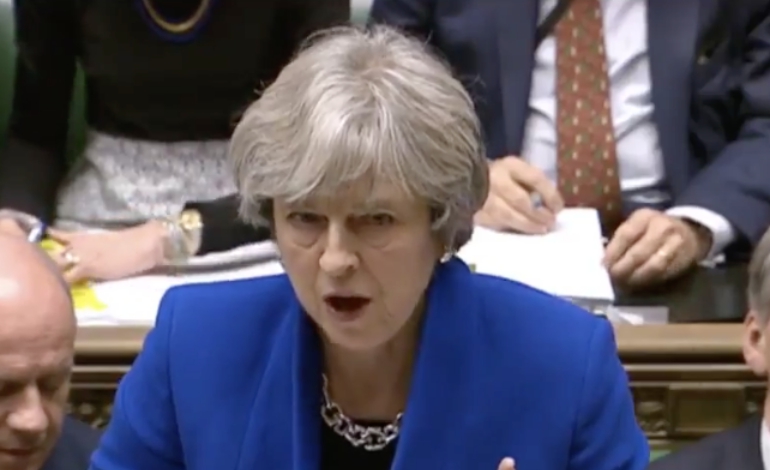 At Prime Minister’s Questions (PMQs) on Wednesday 20 December, Theresa May gave a kick in the teeth to all children facing homelessness this Christmas. Because May seems to be in denial over the horrific situation that many of them are facing.

May was asked a question about the thousands of children in Wandsworth who’ll be homeless this Christmas. But she responded by trying to subvert the figures:

Anybody hearing that will assume that what that means is that two-and-half thousand children will be sleeping on our streets… It does not mean that.

Can you believe this? In response to the question that 2500 children will be homeless in Wandsworth this Christmas,

Theresa May's response: "But they won't be all sleeping on the streets". Shameful.#PMQs pic.twitter.com/T6qlGrFE0u

Information released from Wandsworth Council epitomises the housing crisis that the rest of the country is facing. It shows that 2,179 children in Wandsworth will be homeless this Christmas. And a statement by Wandsworth Labour makes clear that the “heartbreaking” situations many homeless families find themselves in are due to being in temporary accommodation. This includes the story of a mother with an autistic son and a ten-month-old baby who are in rat-infested temporary accommodation.

So please take note, Mrs May. We do know what homelessness means. We do know that it doesn’t necessarily mean children sleeping on our streets. But we also know that it includes children living in unsafe, unsuitable temporary accommodation. It means families forced to live in one room. It means children who do not have a bedroom or safety or security.

This government should be utterly ashamed that so many children in just one borough will be waking up on Christmas morning in such conditions. And it is appalling that we have a Prime Minister who thinks she can attempt to spin these figures into anything that isn’t a complete disgrace.