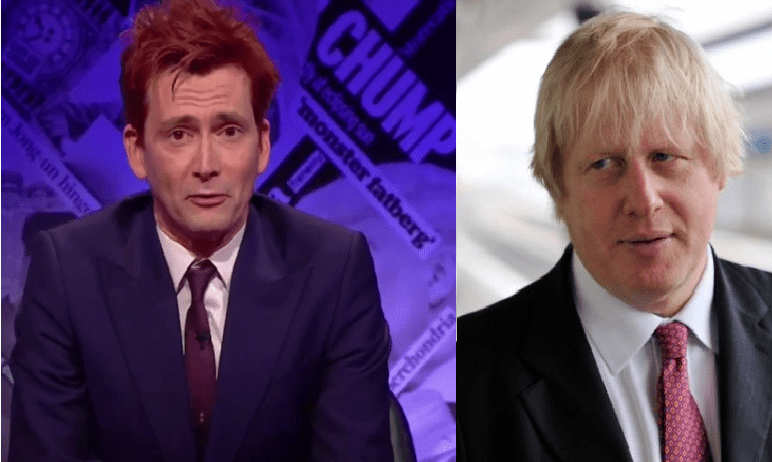 David Tennant demolished Boris Johnson and the Conservative cabinet on Have I Got News For You. Tennant picked up on quotes from the three most high-profile members of Theresa May’s cabinet; and then used the quotes to knock them down.

A scented candle over the Brexit Secretary

So why not replace him with a scented candle?

That might be a good idea. Davis doesn’t seem to “know that much” indeed. Earlier in December, the Brexit Secretary admitted that the government had actually not done impact assessments into how Brexit would affect the UK economy. Davis may well be “calm” about that, but many won’t be.

A £50bn divorce settlement is not a vast sum…

At which point, his wife shrieked with delight and called a lawyer.

The Brexit Secretary also once said [paywall] that the Brexit negotiations are like:

A game of multi-dimensional chess…

And thanks to Damian Green, they’re now wondering whether to make a pawn sacrifice.

The Conservative cabinet is truly in a shambles over Brexit. And Tennant taking them down with comedy was like shooting fish in a barrel.

Featured image via screenshot and N04/Flickr