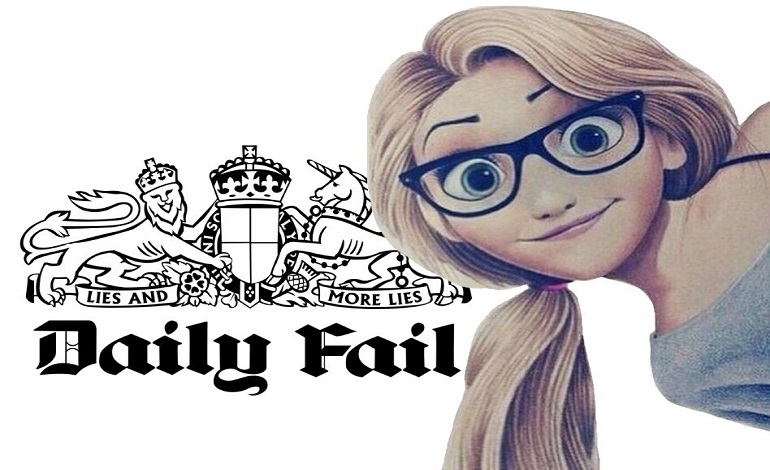 The Daily Mail has ‘doorstepped‘ – the practice of a journalist waiting at a person’s home to get an interview – a woman, seemingly for vocally supporting Jeremy Corbyn. But people aren’t happy, as the individual involved has already been subject to unpleasant scrutiny by journalists.

“Rachael_Swindon” is the Twitter account of Rachael, a vocal critic of the Conservatives and supporter of Labour under Jeremy Corbyn. She is well-known on social media for her political campaigning. But she is not a member of the press, does not work for the Labour Party, and is not in a professional role with her activities. She is a mum of two from Wiltshire.

But after some interest from mainstream journalists, Neil Sears from The Daily Mail decided to track Rachael down to her home address, leaving this note: 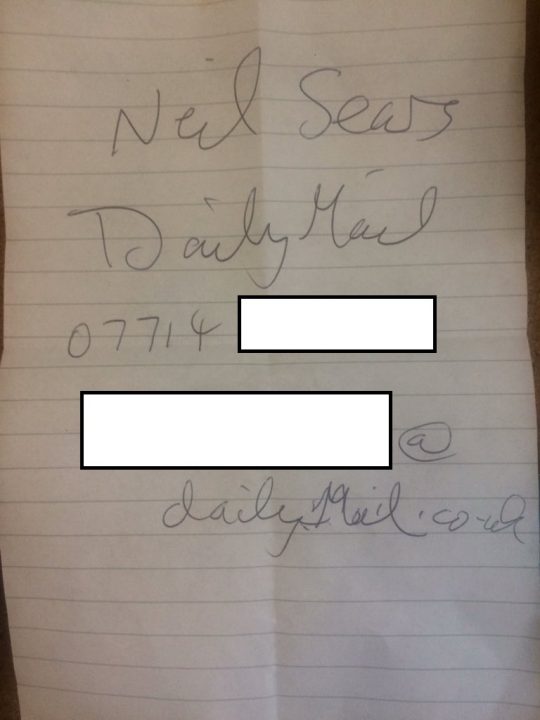 I found out that Mr Sears had been knocking on doors in the area I used to live in recently, although I was unaware of who it was and which media outlet he represented. I was almost expecting him to turn up on my doorstep, so it wasn’t a great shock.

My husband spoke to him for a short while, both he and our children were wholly uncomfortable having a reporter trying to validate my gender. Mr Sears refused to reveal how he got my address.

There have been repeated accusations from mainstream journalists that Rachael’s account is run by her husband:

Does everyone know, by the way, that “Rachael Swindon” is a man who uses his wife’s username? He blocked me when I tweeted this point previously. Just to put this misogyny/trolling into context.

Rachael has denied this.

So, Twitter wasn’t happy with The Daily Mail doorstepping Rachael and her family:

This is disgraceful behaviour by that despicable rag door stepping ordinary members of the public like @Rachael_Swindon !! Why don’t they go after the real people who causing the real pain in this country!! We are fully stand behind you Rachael!! https://t.co/WERdIA1gvm

And the Labour Party’s Rhea Wolfson called out “harassment” by the right-wing press:

Solidarity with @Rachael_Swindon being hounded by scumbag 'journalists' at her home. Labour women won't be silenced by right wing harassment, but some decency would be appreciated. We can dream.

.@dailymail why you so scared of @Rachael_Swindon and her “hard hitting memes” pic.twitter.com/cNcFwKAcev

The Daily Mail in meltdown

A spokesperson for The Daily Mail told The Canary:

Rachael ‘Swindon’ has created some of the most popular memes on the internet and was named as one of the most influential political tweeters in a survey by Edinburgh University. Our journalist was seeking an interview with her – which is what journalists do – and spoke to her and her husband for twenty minutes. He behaved with complete propriety throughout.

Summing up the situation, Rachael said:

If following around a mum who is trying to do the best for her family is seen as newsworthy by The Mail, then it’s little wonder they are losing hundreds of millions of pounds.

Some Conservative MPs are even turning against the right-wing tabloid. So it’s little surprise it’s trying to find cheap smears and bottom-of-the-barrel stories wherever it can. The Daily Mail is in meltdown. But Rachael shouldn’t have to be the victim in its implosion.

Featured image via The Agitator