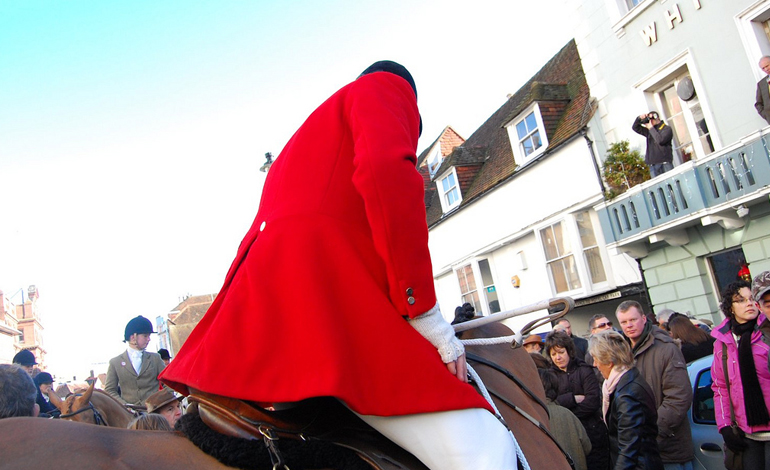 Boxing Day is host to a yearly tradition that happens up and down the country, although it’s one that most don’t know about. As many people recover from Christmas, hunts will go out for their year’s biggest day of hunting. And the League Against Cruel Sports (LACS) has written a Q&A to help understand what that means.

On Boxing Day, many hunts parade through town centres while others gather at private estates. In a list of questions The Canary has seen, this practice is part of what LACS call “the hunts’ PR day”:

They try to convince people that their hounds only follow trails and that they’re not out hunting just as they did before the ban.

After parading, hunts continue with a day of supposed trail hunting. In this controversial practice, introduced after hunting was banned in 2005, hounds allegedly follow a scent derived from animal urine. But many hunt monitors and saboteurs claim otherwise.

Monitors from [LACS] and other animal protection organisations have observed the activities of hunts for more than ten years since the ban came in and their 4,000+ reports show they witnessed a genuine trail being laid less than one per cent of the time.

And 26 December is the biggest day of the year in the hunting calendar. The Countryside Alliance claimed 250,000 people attended in 2016.

Why do they do that?

LACS raises important points. One concerns the claim that any killing of foxes, hares and stags is accidental. The Q&A says that:

hounds have been trained to follow animal-based scents… [and] those controlling the hounds are not told where the trails have been laid, so it is very easy to claim an accident if the hounds end up chasing a live animal.

Another is about the terrier men (usually seen on quad bikes):

their job is to dig out foxes that go to ground – so their presence makes no sense if the hunt is genuinely only following a pre-laid trail.

And on asking why trail hunts don’t instead take up drag hunting, a practice that involves non-animal scents:

So if you’re relaxing over Christmas, spare a thought for wildlife across Britain which may be running for their lives. Or better yet, why not go out and let your local hunt know how you feel about its cruel traditions.

– Contact the Hunt Saboteurs Association or your local sab group to find out more about protests at your local Boxing Day event.

– Support LACS in its work against bloodsports.