Theresa May loses her third secretary of state in two months. And these journalists want us to be impressed. [TWEETS] - Canary 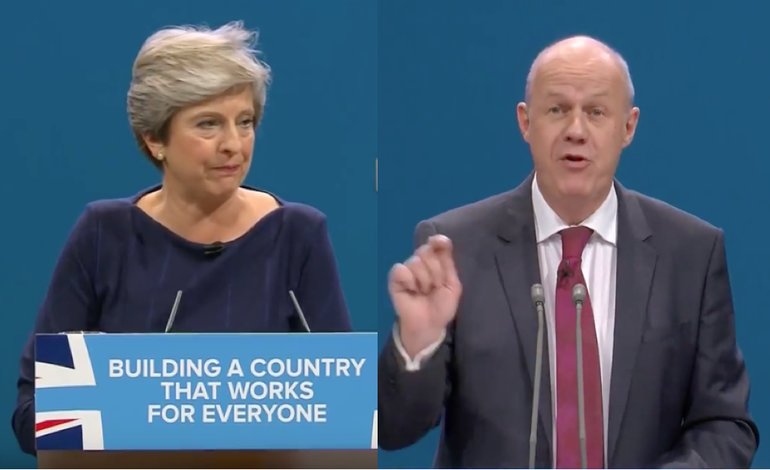 To lose one secretary of state is unfortunate. To lose two is incompetent. But three? In two months? Theresa May might well be heading for a record. Yet despite this, some journalists would like UK voters to believe this all adds up to a win for the Prime Minister.

By anyone’s standards, an inglorious series of events. And in all of them, May dragged her feet. With Green and Patel in particular, the PM backed both until forced to do otherwise.

Yet for some journalists, this is what it looks like when May is winning.

Former BBC political editor Nick Robinson described it as a show of strength:

Theresa May is clearly feeling strong enough to sack* her deputy. Damian Green didn’t want to go, he didn’t plan to go & many at top of govt thought he was safe. (*Officially he was “asked to resign” for issuing misleading statements)

Argument May authority is seriously damaged by Green resignation is rubbish. Even close friends of Green have acknowledged he gave her no choice, and that she dealt with his case fairly.

She watched her closest aides quit after election and has now forced resignation of her closest political friend, on important points of principle. I think that makes her stronger, not weaker.

Their message was identical to the senior Conservatives filling media slots the morning after the sacking.

No one is buying what you’re selling

The spin effort did not pay off. Members of the public took to social media to air their views; with many expressing frustration at being told black is white and up is down by a press pack gone mad:

Apparently Theresa May losing 3 senior cabinet members in 6 weeks shows she is a strong leader.#r4today pic.twitter.com/yC1VYgTTzE

If you want a case study of how much easier politics is when you’ve got servile media message-carriers, witness how journos from the tabloids and the BBC have impacted the narrative by repeating the Conservative spin: “Damian Green’s sacking shows Theresa May is strong” 🚮

Whatever the Conservative Party and its friends in the press are trying to sell, Britain isn’t buying it.

– You can read more from The Canary on Theresa May here.