The British government drops an absolute bombshell, then f**ks off for Christmas - Canary 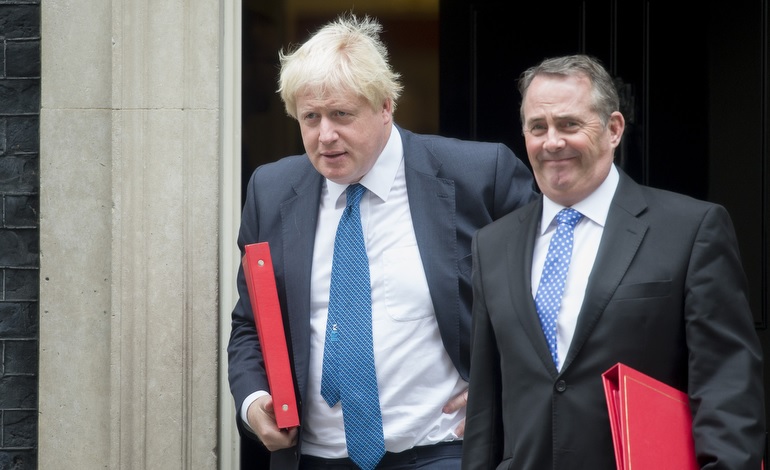 The UK government has dropped an absolute bombshell right before Christmas. According to iNews, the government has demanded “total secrecy” in its talks with the US on a trade deal.

It’s reportedly aiming to hide the information for four years; by which point a deal could already be struck. So this secret agreement could allow the government to sell our NHS, food and animal welfare standards and such down the river. And we wouldn’t know until it’s too late.

iNews reports that the Department for International Trade (DIT) has already started preliminary discussions with the US on the deal. It set up the UK-US Trade and Investment Working Group in July. And the US has agreed that the talks can be classified as “sensitive” or “confidential”. This means that only those authorised by these governments can view the information; unless both parties agree otherwise. A DIT spokesperson said:

To support productive discussions, the working group needs to exchange information in confidence. These arrangements are consistent with the Cabinet Office guidance on international classified exchanges of information.

Essentially, the government intends to control what information the public receives about the talks. That’s deeply concerning. Because there’s lots of potential elements to it that many would want to challenge.

iNews, for example, suggests that the deal opens the prospect of “more [US] private involvement in UK health care”, although the government has claimed [paywall] the NHS will not feature in any UK-US trade deal. UK taxpayers are already handing around £13bn to private companies to run parts of our health service, and they may well balk at gifting US companies even more.

Meanwhile, the government recently succeeded in excluding animal sentience – the notion that animals have feelings – from the EU Withdrawal Bill. And International Trade Secretary Liam Fox thinks chlorinated chicken is perfectly safe. Neither of these positions bode well for the possibility of retaining the UK’s animal welfare and food safety standards in the deal.

The planet as a whole isn’t likely to fare well either.

The government has made it clear that it is keen, desperate even, to do a deal with Trump’s America. And it’s planning to do so behind our backs. That will allow it to get away with any trade-off it wants to. But we’ll be none the wiser until the government is already stuffing chlorinated chicken down our throats.

Correction: This article was updated at 17:10 on 21 December to make clear that the government has denied the NHS will feature in any future UK-US trade deal.

– Write to your MP and urge them to demand transparency on the deal.