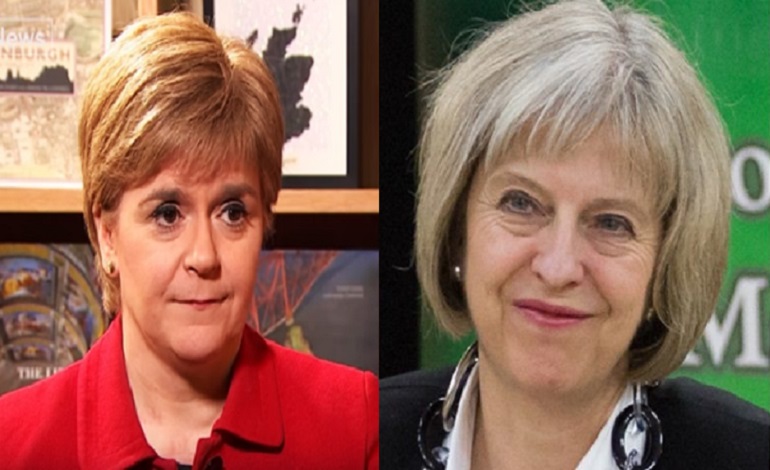 The Scottish government has announced the extension of a scheme to support disabled people to live independently. It’s in stark contrast to the actions of the UK government. Actions which the UN has previously said amount to “grave” and “systematic” violations of disabled people’s human rights.

Nicola Sturgeon’s government has said it will be permanently extending the blue badge parking scheme in Scotland to cover the “carers and relatives” of people who “pose a risk to themselves or others in traffic”. This would cover people living with conditions such as dementia, autism, and Down’s syndrome. The move has come off the back of a pilot scheme launched in April 2016.

Currently in England [pdf], people generally only get a blue badge if they have difficulty walking more than 50m, or if they have other issues with physically getting around. But as Scotland’s Transport Minister Humza Yousaf said:

It’s so important that people with disabilities, including cognitive impairments, can live a life of equal opportunities.

He said of the pilot scheme and the working group involved with the blue badge reforms:

Their findings are clear. This extension in criteria has made it easier for relatives or carers looking after people with conditions like dementia, autism, and Down’s syndrome to get closer to their destination – minimising the risks posed by traffic.

But the SNP-led Scottish government’s move is in stark contrast to the actions of its Westminster counterpart.

As The Canary has been documenting, disabled people in England have been subject to countless reforms and austerity-related cuts since the Conservatives first came to power in 2010. And these have not gone unnoticed internationally.

At the start of September, the UN released its fourth report in 18 months into the Conservative government’s treatment of disabled people. It has said that this government has committed “grave” and “systematic” violations of disabled people’s human rights; that it has created a “human catastrophe” in the UK; and that it is failing disabled people in over 70 areas – from basic human rights, to not tackling discrimination, to the impact of austerity and welfare cuts.

The chair of one of the UN committees reporting on the government even said [20.43] it has “some responsibility” for society seeing [20.12] disabled people as “parasites, living on social benefits… and [living on] the taxes of other people”.

It seems that, while the Scottish government tries to improve disabled people’s lives, the same can’t be said of its Westminster counterpart.

– Sign the petition calling on the government to allow carers use of the blue badge scheme.