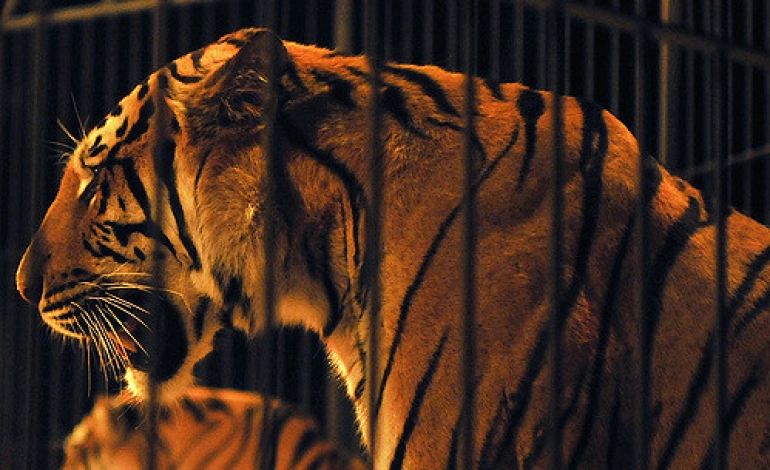 Scotland has decided that the use of wild animals in travelling circuses will no longer be allowed. This is a very positive step in protecting animals. But it really doesn’t go far enough. What about wild animals in static circuses that this legislation leaves out? They also deserve protection.

Many people consider it morally wrong to make wild animals perform unnatural tricks simply to entertain the public. Many are also concerned about the damage that seeing the use of animals in such a manner could cause to children and young adults as it promotes a perception of wild animals as an entertainment commodity rather than as sentient beings with their own purpose in life… A good life for a wild animal should allow it to fulfil its intrinsic nature… However, using wild animals in travelling circuses purely for a particular form of entertainment, now considered to be distasteful by most, involves significant ethical concerns with very little if any widely perceived benefit.

Every argument here is sound and compassionate. But unfortunately, the legislation isn’t consistent. A truly consistent law, based on these arguments, would be a blanket ban on the use of wild animals in all circuses.

Scottish Environment Secretary Roseanna Cunningham admitted that travelling circuses “rarely” even come to Scotland. So this ban wouldn’t inconvenience that many people. And perhaps a blanket ban on wild animals in all circuses would. But if we weigh up the benefit that people get from these circuses (i.e. entertainment) and the harm caused to animals (which the Scottish Government has highlighted), then these circuses become really hard to justify.

Of course, Scotland deserves congratulations for the ban. Progress is progress, however small it may be. But if we honestly want the UK to have a reputation as a nation of animal lovers, then it’s time we joined those other countries that have completely banned the use of wild animals in circuses.

– Read more articles from The Canary on animal rights.