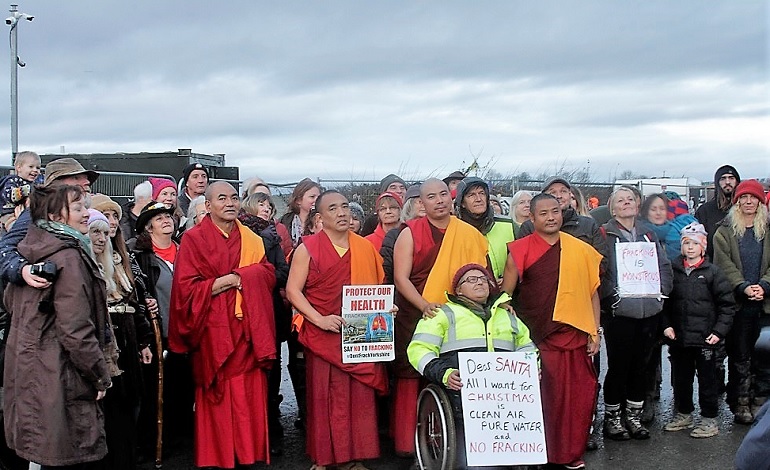 Anti-fracking campaigners received some welcome support on the first anniversary of their protests. Because the monks of the Dalai Lama, the spiritual leader of Tibet, paid them a visit at the site of a controversial fracking operation.

Meanwhile, residents and campaigners who call themselves ‘protectors’ set up the Kirby Misperton Protection Camp. It aims to highlight the opposition to fracking that exists in the area. Demonstrations have been going on since the start of the year.

And on Wednesday 20 December, the first anniversary of the establishment of the camp, the Dalai Lama’s Gyuto monks visited the well site to perform a sacred chant and blessing: 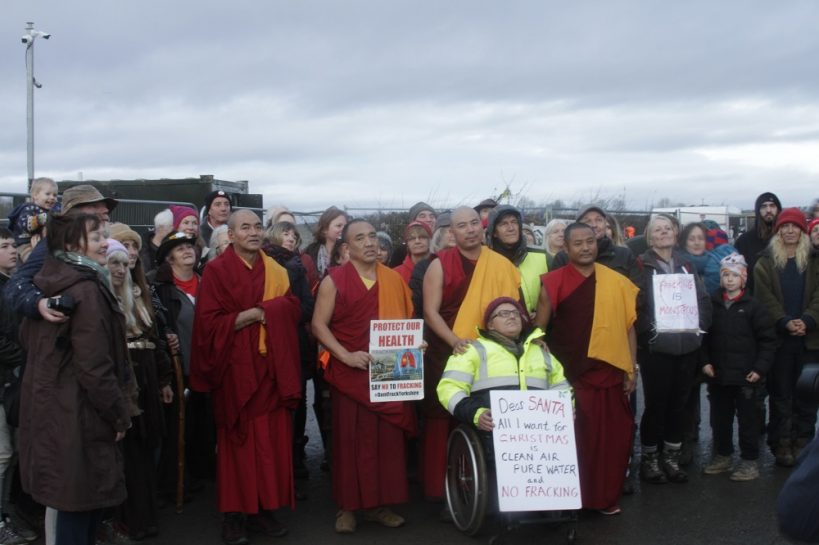 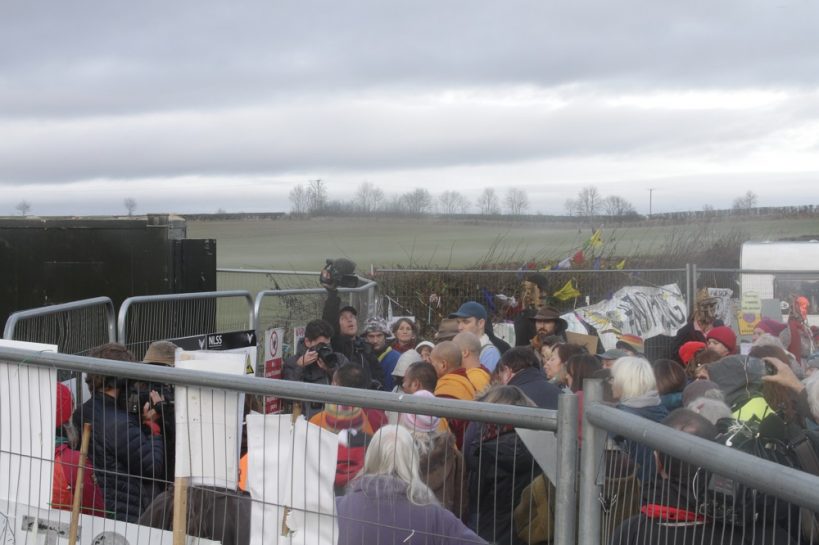 Over 100 people gathered to watch the monks bless both the water and the land at the site, and also say a blessing for the communities fighting to protect it.

The Gyuto monks, who have a deep spiritual affiliation with the Dalai Lama, have been performing ‘Sacred Music Concerts’ on a month-long tour of the UK. But after hearing of the ongoing protests at KM8, they decided to alter their schedule to allow them to visit the well site and meet the protectors.

A spokesperson from Kirby Misperton Protectors told The Canary:

Our heartfelt thanks go to the monks who have travelled so far to see us. This occasion has allowed us to come together with peaceful hearts, reminding us of the love we have for the land and each other… Over the last year, the protection camp has been supported every step of the way by the local community. Now, international solidarity is growing. And as we look towards the end of another year, we are determined to continue the fight at KM8; and will do so at every other well that is planned for our beautiful area.

As The Canary has documented, it has been quite a year for anti-fracking campaigners in the UK. But what better way to end it than with some peaceful, reflective and inspirational support?