Stuck for a last-minute Christmas present? You could help those of us who are the victims of police spying. [OPINION] - The Canary 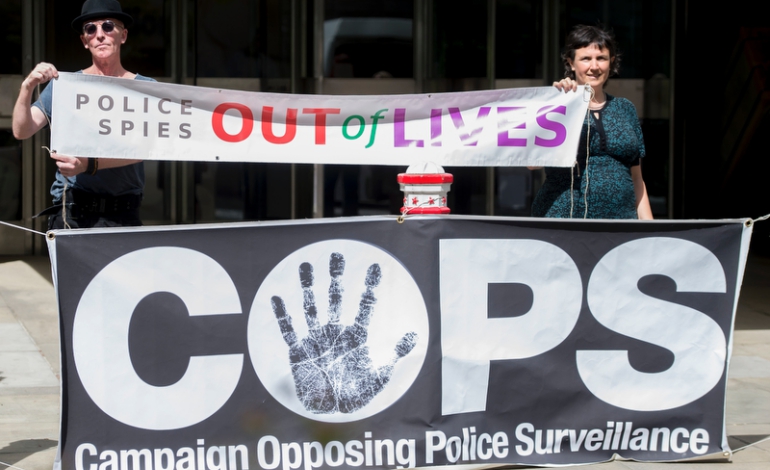 If you’re stuck for a last-minute Christmas present for that ‘difficult to buy for’ person, there is a solution. You could make a donation in their name to the CrowdJustice campaign currently raising money to support those of us who have been spied on by the police.

The Spy Cops Communication Group are trying to raise £10,000 to aid access to justice for those who are part of the undercover policing inquiry. Nearly 200 people have been named as “core participants”. I am one of these people.

Why is it needed?

The inquiry is currently refusing to fund any expenses for core participants. But as the CrowdJustice appeal states:

The Inquiry is a very formal and legalistic process, endlessly delayed by the police in their efforts to avoid any transparency and scrutiny. It is very difficult to follow the proceedings without a little help.

So the money raised will be used to fund:

Travel and expenses to attend court hearings and meetings with lawyers.
Organise quarterly meetings to help core participants follow the Inquiry, and network with each other.
Maintain a secure online discussion forum to discuss interventions and submissions to the Inquiry.
Liaise with  lawyers to keep taps on what is happening, and understand legal process.
Have a legal observer present at the hearings at all times.
Share a fortnightly email  of legal information.
Provide media training and support people in engaging with the media.
Prepare people for appearing in court and giving witness statements.

Those of us who were spied on want justice. We know that the police have spied on at least 1,000 groups since 1968; and that there were at least 144 undercover officers. These officers have formed sexual and intimate relationships with those they targeted, given evidence under false names, committed criminal acts, and stolen the identities of children who died when they were young.

But what we know is barely scratching the surface. And what we do know has come through painstaking work by activists and journalists. The police have frustrated us at every step of the way – refusing to confirm or deny whether a person is an undercover officer even when there is overwhelming proof.

One of the only ways that victims of police spying can start to access justice is if the cover names are released. Presently, the inquiry is hearing submissions from the police over anonymity applications. The inquiry doesn’t seem to think we need to be there to hear these submissions or instruct our barrister. But it is fundamental.

And one method the police are using to try to deny giving us the names of the officers is through risk assessments [pdf]. Some of these are based on prior criminal convictions and police intelligence. But many of these records are fundamentally flawed, painting activists as violent when they are not.

Here are two examples from my own files. In 2009, I was arrested for obstructing police for holding up a placard in front of a police photographer to stop them filming a protest. I was also arrested for assault after the police accused me of kicking an officer during my arrest. At the subsequent trial, I was found guilty of the obstruction and not guilty of the assault. The court therefore found that I did not kick the officer.

But on a recent print-out of my convictions, the police have the ‘fact’ that I kicked an officer as my “method” of obstructing them:

During another arrest in 2010, I was illegally strip-searched with male officers present. I sued the police and received an apology:

But what’s recorded on my domestic extremist file is very different:

I am just one of 200 core participants. And if even half of the others have these false narratives on our criminal records or our intelligence files, then the inquiry will be getting a very different picture of the threat we present from reality.

This is why it is fundamental that we are able to travel and participate in the inquiry. I would much rather the inquiry itself funds this. But it is refusing to do so. We are, yet again, being denied access to justice. And in our absence, the police are given free reign to paint us as violent criminals who’ll be a threat to undercover officers, without us being able to challenge and follow proceedings.

All I want for Christmas…

So if you are stuck for a last-minute Christmas gift, or just want to support those of us who’ve been spied upon, please consider donating to the CrowdJustice appeal. It is a devastating revelation to find out that a former friend or lover was an undercover spy. The pain of betrayal goes deep. And the trauma never quite heals. Now, the inquiry – which was supposed to help us gain justice – is making us victims once again. But with your help, it doesn’t have to be this way. We can find the way to fight back.