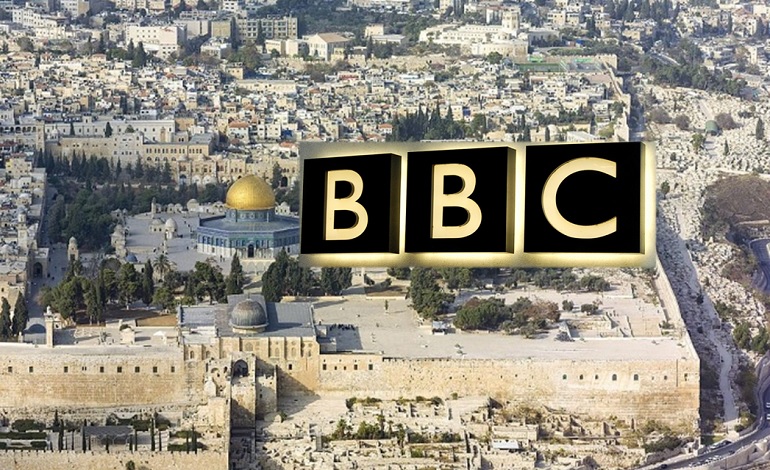 There’s one gift that all licence fee payers should be demanding from the BBC this Christmas. And that is fair coverage.

In particular, one Palestinian musician and activist spoke to The Canary after US President Donald Trump’s recent decision to recognise Jerusalem as Israel’s capital city. And she had a simple message [4:33] for concerned people in Britain:

You and I cannot be in Jerusalem right now. But we can do other things. And this tackling the BBC is one.

Speaking on 18 December, Reem Kelani described her reaction to Trump’s decision, and the effect this has had in Palestine so far. But she also criticised the British media’s ‘cowardly’ coverage of Israel, and called for change.

Reaction to the Jerusalem decision

Trump’s decision has caused outrage around the world, with many leaders saying it threatens the prospects for peace between Israel and Palestine. But Kelani spoke in particular about the message behind the announcement, saying [o:11]:

Trump did it with a Christmas tree behind him, with the evangelical, right-wing… Vice President standing right behind him there with a nasty grin… It is saying ‘this is an evangelical agenda’… 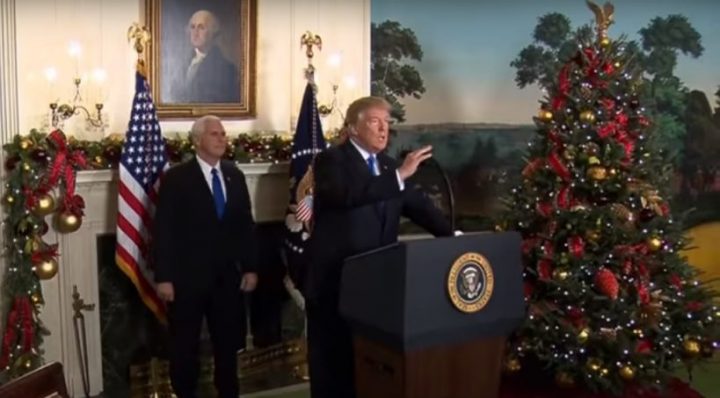 She stressed [1:06] that this “ignores, more than anybody else, the indigenous Palestinians, from their ancestral homeland, where Jesus – the Palestinian Jew – was born”. And as she explained [1:43], there were also Christians in Palestine who were far from impressed:

On that very night, in Bethlehem, they turned off the Christmas lights of their Christmas tree… as a sign of mourning. And what better way to protest this unjust and audacious decision than indigenous Christian Palestinians turning off their trees and saying ‘we are the indigenous Christians – this is our land’?

A new uprising in Palestine?

Kelani also asserted that the Jerusalem decision has sparked a new uprising (or ‘intifada’) in Palestine; along with Israeli attempts to reduce its impact. She described in particular how two images had already become symbolic of the current struggle: the image of Israeli soldiers rounding up protesting children, and the image of a disabled activist who an Israeli sniper reportedly killed on the Gaza border. Note that, regarding the latter, the Israeli army says it has identified “no moral or professional failures”.

if Israel is intimidated by a 14-year-old child and by a double amputee, flag-holding young man, that says something about their sense of security and their sense of morality. And one thing they’re afraid of more than anything else is moral isolation… One of the many ways to do that, and one of the most successful ways, is BDS – boycott, divestment and sanctions.

Kelani also criticised [0:32] how, to counter the risk of ‘moral isolation’, Israel and its supporters have sought to “blur the line” between anti-Zionist activism and antisemitism, “so that when you criticise Israel you’re antisemitic”. This, she stressed [1:01], “undermines our Jewish comrades” – i.e. Jewish opponents of the Israeli occupation of Palestine. And making another point along these lines, she asked [1:04] “when was the last time you saw an eloquent, Jewish, anti-Zionist comrade on Newsnight?”

But that wasn’t her only criticism of the BBC‘s coverage of Palestine and Israel.

The cowardice on political reporting is astounding.

And she said [4:11] it sometimes appears like a battle for coverage of “the settler’s chandeliers versus the activist’s legs”. In response to this perceived imbalance, she called [5:20] on licence fee payers in Britain to demand:

Fair coverage. Not even pro-Palestinian. Pro-justice.

We have a right… We should all exercise it.

A BBC publicist told The Canary:

The BBC’s comprehensive reporting of the Palestine and Israeli conflict is fair and impartial.

The gift we all deserve from the BBC

If you pay your licence fees and you’re particularly concerned this Christmas about hopes for peace and justice in Bethlehem or anywhere else in Palestine, the message is simple.

Ask for the one gift we all deserve from the BBC as a public service broadcaster.

– Demand fair coverage from the BBC regarding the Israeli occupation of Palestine.

– Also see more of our coverage on Israel and Palestine.