Enough is enough. Jess Phillips has shamed Labour and Birmingham with her latest stunt. [OPINION] - Canary 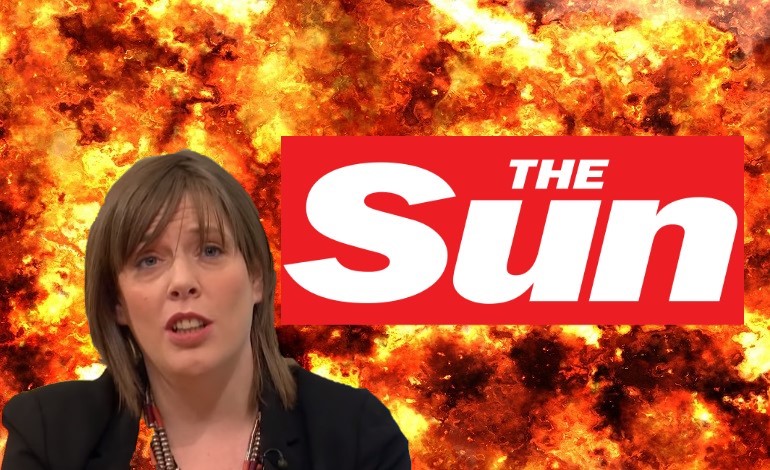 On Monday 18 December, Labour MP Jess Phillips attended a private drinks reception hosted by the boss of The Sun, Rupert Murdoch. For me, it shows that the Birmingham Yardley MP has gone too far – shaming both the city and the Labour Party.

The SKWAWKBOX, Politico and The Evening Standard all reported Phillips’ attendance at Murdoch’s drinks reception. Politico said that, at the “party of the night” hosted by Murdoch:

Phillips was the only Labour MP mentioned. So I emailed and called Phillips’ office to confirm her attendance. A member of her office said she would “flag” to Phillips that I called and get her to look at my email.

Phillips never responded, but a senior Labour source confirmed to me that she had attended the party, and was the only Labour MP to do so. And in my book, a Labour MP going to a “private” Murdoch event is very problematic; not least because of The Sun newspaper. Should Phillips really be schmoozing with the owner of a right-wing tabloid?

The Sun has previously been accused of “fuelling prejudice”. The European Commission Against Racism and Intolerance has said [pdf, p18] it and other tabloid newspapers have used “offensive, discriminatory and provocative terminology”. And the UN Human Rights Chief compared a Katie Hopkins Sun column attacking refugees to the “Nazi media” of the 1930s.

Birmingham, where Phillips is an MP, had given 50 Syrian refugees homes as of September 2016. The city is also home to over 230,000 people born outside the UK, accounting for 22% of its population. I wonder how they feel about one of their MPs privately associating with the owner of a newspaper which repeatedly demonises them?

According to a 2011 report [pdf, p10] by Glasgow University, at the time of the research 0% of The Sun‘s articles were about “deserving” benefit claimants between 2010 and 2011. More recently, the Chair of a UN committee said [20:43] the media “have some responsibility” for society seeing [20.12] disabled people as “parasites, living on social benefits… and [living on] the taxes of other people”. Headlines like this from The Sun don’t help: 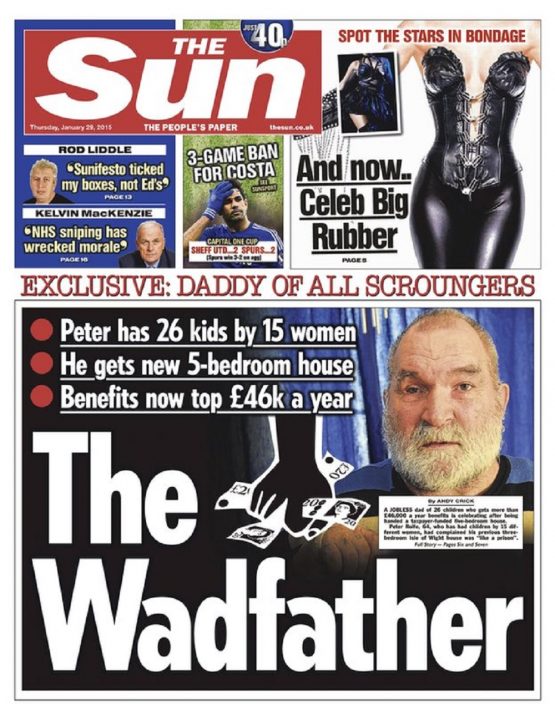 In November 2016, Greater Birmingham and Solihull had 167,680 people claiming benefits; 9,140 of them were disabled people. I wonder how they would feel about one of their MPs partying with a newspaper owner responsible for demonising them?

And this is without the opinions of Labour voters in Liverpool, who were all victims of The Sun‘s stance on the Hillsborough disaster.

On 20 December, Phillips tweeted regarding the SKWAWKBOX article and Murdoch:

It's propoganda! He does represent a lot of what I oppose but have worked for example with his papers to put pressure on govt over refuge funding. Nothing, will ever stop me saying what I think including bullying or patronage of the media on the right or left

Phillips has done some important and well-regarded work on women’s rights and tackling abuse and misogyny. And she, of course, used to work for a women’s refuge charity. But many believe The Sun doesn’t share Phillips’ values. Ellie Woodward, writing for BuzzFeed last year, said that a Sun column about actress Emma Watson:

dismissed her words and mocked her abilities – only exemplifying the sexism Watson has been fighting to overturn.

If Labour MPs wish to work in a professional capacity with a Murdoch paper “to put pressure on government”, then that is their choice. But ultimately, they should not be privately schmoozing with Murdoch. Simply because his media empire’s disgusting stance on so many issues is completely at odds with democratic socialist values. So for me, Phillips has crossed a line with her party and her city. Because she has truly shamed them both this time.

This article was updated at 2:43pm on 22 December to remove the word “former” from before “UN Human Rights Chief”. While Zeid Ra’ad al-Hussein has announced he will not seek a second four-year term, he will only officially leave his post in September 2018.