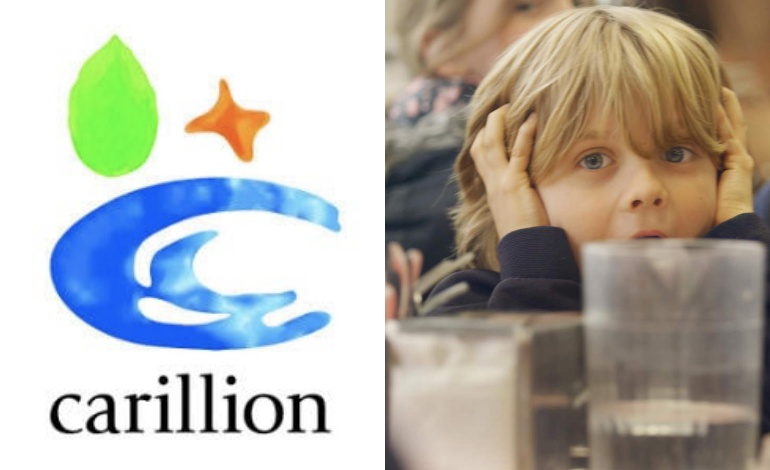 On 15 January, Carillion – the UK’s “second-largest construction company” – went into compulsory liquidation. It ran up debts of £1.5bn (including its pension fund deficit). Carillion, a private company, claims to be “a leading integrated support services business”. This means it provides many services across the public sector – including hospitals, prisons and schools. Carillion held contracts to provide over 32,000 school meals in 90 schools across the country. And its collapse has far-reaching implications. Because firefighters are now on standby to ensure schoolchildren are fed.

But in areas where Carillion provides services to schools, contingency measures are in place. Oxfordshire County Council said it will “take over services provided by Carillion, including meal provision in 90 schools”. And as an additional measure, the fire service is “on standby to deliver” school meals. Although not needed yet, this highlights the extent of the crisis.

Headteachers and other school staff face another strain on their excessive workloads as they try and make short-term contingency plans and new arrangements for the long-term.

And Courtney went on to say that the government:

must also take a long hard look at its encouragement of private sector involvement in schools and the unnecessary risks being taken with children’s education and wellbeing.

Tens of thousands of jobs are now at risk, along with vital public services and major infrastructure projects across the country. Workers, taxpayers and public service users could well be left to carry the can. Carillion is a textbook example of the failures of privatisation and outsourcing. The government needs to step in, guarantee jobs and services, and explain how they let this mess happen in the first place.

The Government must act quickly to protect employees, pension holders, taxpayers and companies across the supply chain by bringing these crucial public sector contracts back in-house. https://t.co/3kkXLpGiFx

Rumours circulated earlier that the government would hold an emergency COBRA (Cabinet Office Briefing Room A) meeting to discuss the crisis. But there is still some confusion about the government’s response.

It seems ironic that the fire service is on standby to help feed children. The Fire Brigades Union has warned of a “crisis”, explaining: “Seven years of budget cuts have left the public at greater risk as there are far fewer firefighters left to respond to emergencies”. And there are fears of “privatisation through the back door” in the fire service itself.

There is also a crisis in the education system. A new report shows a 40% increase in teachers needing charity grants because they struggle financially.

And yet school dinners have been tendered out for profit. As writer and political commentator Harry Leslie Smith said:

I've always thought the greatest treason isn't from those who trade state secrets with our adversaries but from corporate executives that wreck our economy with their greed and lack of empathy for a decent society. #Carillion

If we need firefighters to deliver school meals, it seems clear that corporate greed has gone too far.