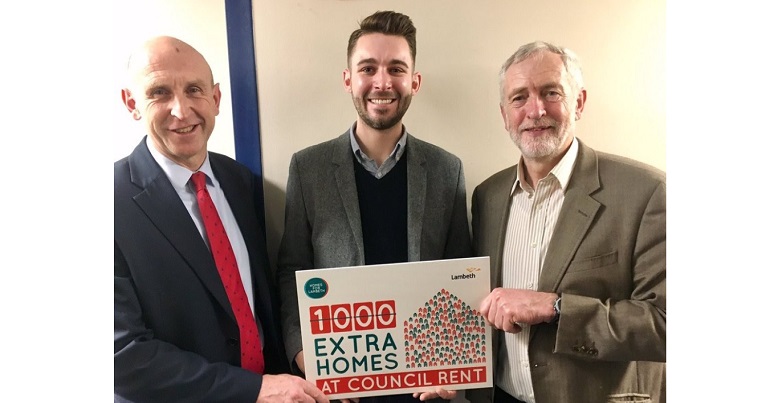 A local media outlet has exposed the reality of a pledge Lambeth Labour made to build 1,000 more council homes at the last local elections in 2014. Because Lambeth Council under Labour has actually built just 17 council houses.

As BrixtonBuzz reminded its readers, Lambeth Labour pledged in 2014:

In its 2018 manifesto, Lambeth Labour says:

We're delivering 1,000 new council homes and we've invested £490m in repairing and improving tenants' homes. The Tories on the other hand… pic.twitter.com/tzKzQZZ5Eo

But a Freedom of Information request (FOI) by BrixtonBuzz revealed that the council had built just 17 council homes for secure council tenancies between June 2014 and March 2018:

What’s more, the council itself only plans to build another 215 new council homes for ‘council rent’, under both its banner and that of its not-for-profit vehicle Homes for Lambeth [xls, table ‘data’, column I, rows 3-59]. The remainder of the 959 homes marked as “council rent” will be built by housing associations/property developers, or are existing council rent homes on estates that are being ‘regenerated’.

So in total, the council itself has built, or will build, 232 new council homes at council rent.

But as BrixtonBuzz explained, all is still not what it seems with Lambeth Labour’s housing plans:

Lambeth Labour Councillors use the term “council houses” and “homes for council-level rent” interchangeably. They are very different types of tenancy.

A spokesperson for the council told The Canary:

The council has an ambitious commitment to deliver 1,000 new homes at council rent, through direct delivery, agreements with developers and through the 100% council-owned company Homes for Lambeth.

The council has completed nine social rented units at Akerman Road, in autumn 2016, and a private developer completed a further eight social rented units as an Offsite Planning Gain Section106 Contribution at St Oswald’s Place in May 2016. In addition, 70 additional social rent homes will open later this year at Lollard Street and new homes are under construction as part of the Your New Town Hall project in Brixton.

The Green Party: not impressed

The Green Party, meanwhile, has hit back. Its co-leader Jonathan Bartley told The Canary:

Over the last four years, Lambeth Council has made tens of millions by destroying local housing co-ops and selling the homes to developers. To find that it has only built 17 homes over this period adds insult to the great injury it has done to those in desperate need of homes. It also calls into question the council’s whole approach to housing which as things stand will involve the destruction of communities and social cleansing of six estates in Lambeth.

In December 2016, Jeremy Corbyn posed with Lambeth councillor and ‘regenerator-in-chief’ Matthew Bennett. Nestled between them was the 1,000 homes pledge:

Great to have @jeremycorbyn in Lambeth & to talk about @LambethLabour fighting the housing crisis with 1000 extra homes at council rent pic.twitter.com/u7Pn0I1Vv1

It might be time for Corbyn to start thinking through his photo opportunities a bit more carefully.