Esther McVey has tried to mislead us all about the latest employment figures. But it hasn’t worked. - Canary 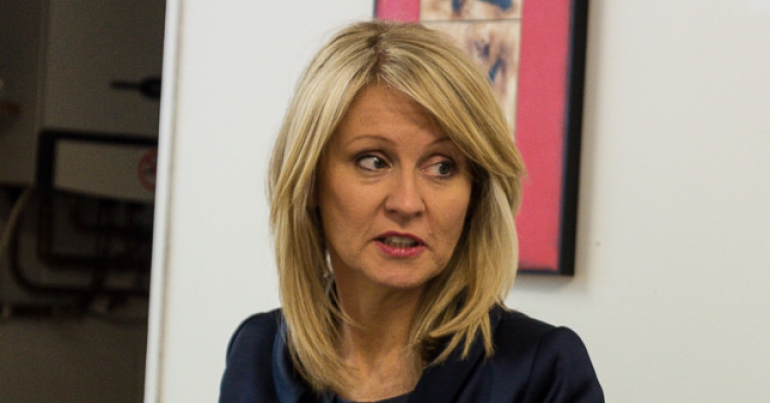 Work and pensions secretary Esther McVey recently tweeted a video in which she celebrated the latest employment figures. McVey said “Well done Britain!”, adding that the government has managed to get more women and minorities into work. But her celebration of these figures is very misleading. And Labour MP for North West Durham Laura Pidcock had something to say about it.

Work and Pensions Secretary @EstherMcVey1 welcomes today’s employment figures showing more women, black and minority ethnic and disabled people in work as we open up more opportunities for people of all backgrounds pic.twitter.com/2fuagmEQlS

In her video about the “great news”, McVey said:

Employment is at a record high rate of 75.6%, while the number of people out of work has dropped to its lowest since 1975, and wages are on the up. There are more women, black and minority ethnic, and disabled people in employment too, as we open up more opportunities for people of all backgrounds. Around 1,000 of you have moved into work every day since 2010. This is people right across the country, it is truly exceptional.

But Pidcock points out why the government has no right to pat itself on the back:

Couldn’t make it up. @theresa_may & @Conservatives patting themselves on the back over employment figures. As @jeremycorbyn said, the only thing they have achieved is record numbers of zero hours contracts, temporary, casual work & fewer workers rights. Nothing to celebrate #PMQs

The number of zero-hours contracts increased by 100,000 between 2016 and 2017. More people may be in work, but the work is insecure. Zero-hours contracts may suit some people, but as a way to make ends meet, they can pose a serious risk to one’s mental health.

And that’s not the only issue with McVey’s response to the figures. The government may also be using a very narrow definition of employment:

Simple question. Please confirm that the Government definition of “employed” being anyone who works a minimum of 1 hour a week as per attached. pic.twitter.com/cj6xFWRkxa

As The Canary previously reported, there are millions of workers in the UK who are living in poverty. There’s no reason to celebrate more people being in work if this precarious work doesn’t lead to a decent standard of living.