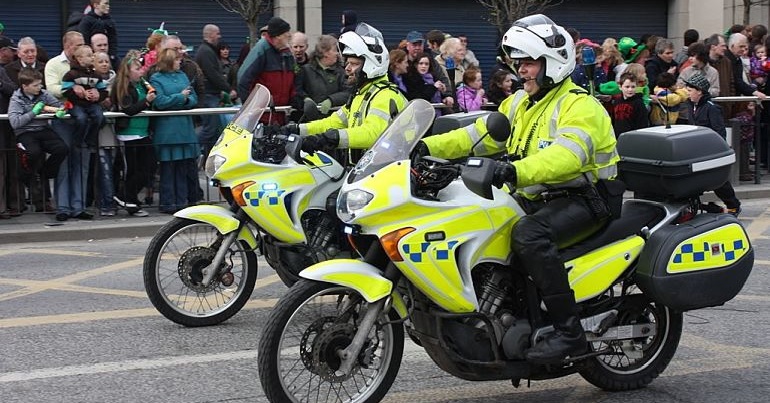 Queens University Belfast has published research into young people’s experience of police ‘stop and search’. It reveals a large community divide; questions how the police conduct ‘stop and search’, and exposes how little trust there is in the force among young Catholics.

It also reveals that young, disadvantaged Catholics are less trusting of the police than their Protestant neighbours.

Dr John Topping and Dr Dirk Schubotz’s work looked at ‘stop and search’ powers in Northern Ireland relating to the Police and Criminal Evidence Order 1989 (PACE) and the Misuse of Drugs Act 1971 (MDA).

The Police Service of Northern Ireland (PSNI) stopped and searched more people than police in England and Wales, but was less likely to arrest [pdf p1]:

It found that [pdf p5] “less well-off 16-year olds” in urban Catholic areas have “lower perceptions and experiences of fairness” in dealings with the PSNI than their Protestant neighbours. Young Catholics perceive [pdf, p4] stop and search as “unnecessary harassment” much more than Protestants.

The report was critical of stop and search and believes [pdf, p5] it must be subject to greater levels of “monitoring and oversight”. It also found that 16-year olds need to know more about their rights. 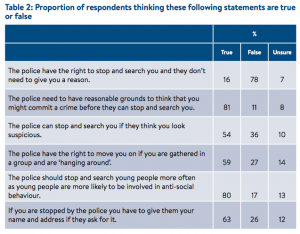 the feedback coming from the young people is that it’s less about the two communities… and it’s more about… [to] use their words, “posh and poor”.

But the Queens University research challenges this. It does show [pdf, p2] a disparity between those in different income groups. But it also shows a considerable gap between the perceptions of Catholics and Protestants: 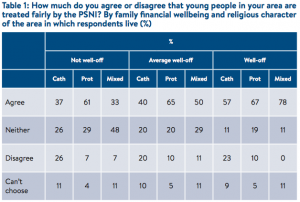 Where to from here

The report exposes how low trust is in the PSNI among young Catholics compared to Protestants. If the PSNI is serious about building trust in all communities, they have some considerable work to do.